Nepal Investing in Health Care but Equality of Access Lags 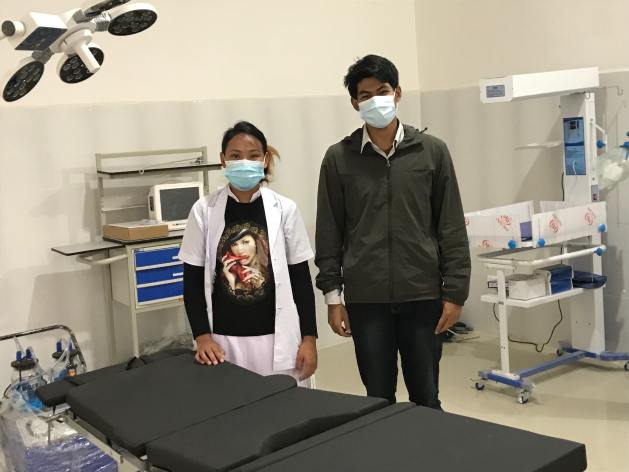 KATHMANDU, Feb 4 2022 (IPS) - As the omicron wave of Covid-19 rose ominously in Nepal recently, to entice more people to get tested the government reduced the cost of PCR tests from 1,000 rupees ($8.37) to 800 rupees ($6.70) in government facilities and about double that in private ones.

“People with limited incomes can’t afford to get the test, and imagine if four members of a family have symptoms, the PCR tests alone will make a hole in their income,” Dr Baburam Marasini, former director at the Government of Nepal Epidemiology and Disease Control Division, told the Kathmandu Post.

“High quality health care was not universally accessible in Nepal, but was generally enjoyed by only a relatively small and elite portion of the population, and generally, access to health care in the country is unequal and the health system faces perennial shortages of resources, essential drugs and necessary medical infrastructure”

Noting that free treatment of conditions like tuberculosis, malnutrition and malaria had saved many lives in the country, Marasini argued that “the government should make PCR tests free across the country for those who have symptoms.”

While the government has not taken that step, in recent years it has provided free treatment for a growing number of chronic conditions to members of groups in need, such as the elderly, young children and the poorest in society. Yet equality in health care remains a paper promise.

In a briefing paper on the right to health in Nepal during Covid-19, the International Commission of Journalists argued that the government must “ensure that health services, facilities and goods are available to all without discrimination” and “ensure access to at very least the ‘minimum essential level’ of health services, facilities, and goods.”

Originally released in November 2020 and updated in September 2021, the ICJ paper notes that a plan was made to distribute COVID-19 vaccines to members of vulnerable groups first, but “According to various media reports, for example, some of the vaccines allocated for older persons were instead used to inoculate political party leaders, local level representatives, army personnel, their family and friends, administrators, businessmen’s families and their relatives.”

Article 35 of the Constitution of Nepal guarantees “the right to health care,” and its third provision states: “Each person shall have equal access to health care. ” The constitution’s Directive Principles, Policies and Obligations of the State also require that Nepal “keep on enhancing investment necessary in the public health sector by the State in order to make the citizens healthy” and “ensure easy, convenient and equal access of all to quality health services.”

Yet as ICJ points out, research done prior to Covid-19 found that “high quality health care was not universally accessible in Nepal, but was generally enjoyed by only a relatively small and elite portion of the population, and generally, access to health care in the country is unequal and the health system faces perennial shortages of resources, essential drugs and necessary medical infrastructure.”

Senior cardiologist Dr Prakash Raj Regmi says he sees the impact of inequality in health care daily. “In the process of investigation, in the process of treatment, even middle-class people face some difficulty.”

In an online interview the doctor notes that most of his patients are burdened by multiple non-communicable diseases (NCDs), such as cardiovascular diseases, diabetes and kidney and heart issues, whose diagnosis requires extensive testing. Afterwards, these patients often need multiple treatments. “Patients need to undergo several investigations: laboratory tests, x-rays, ultrasound, echo-cardiography. People may need coronary angiography or a CT scan or MRI—all these investigations are expensive.”

While the quality of available drugs is improving, they are also getting more expensive, so some patients discontinue their use prematurely, says Dr Regmi. “For example, a patient is given a follow-up time of three months, but they come only after six months. in that time they have stopped using two out of four drugs, so they develop complications.”

While he can provide financial support, both at his private clinic and at the non-profit community clinic where he also serves, Dr Regmi isn’t sure how many other doctors do the same. “I call myself a social worker… in my private clinic also, people who come for treatment, if they can’t afford their tests and treatment I find some way out; I support those patients.” Some tests can be done for free and for others he says he can direct patients to government labs; samples of medication can be provided at no charge and cheaper versions of drugs prescribed.

Despite the need for these informal mechanisms, Dr Regmi says that fewer patients require financial support today than in previous years, and that those who can afford it usually opt to visit less crowded private facilities.

Various developments have helped improve services in the government system: a new national health insurance scheme, devolution of some health care responsibilities to provinces and municipalities following Nepal’s transition to federalism in 2017, and free treatment of some chronic illnesses for the poorest of the poor, children and the elderly.

“A huge amount of money is being invested in this… This is very good for patients who cannot afford treatment: most of the patients are poor and these NCDs require lifelong treatment.” But the doctor says one thing is missing: “The government should focus on prevention in parallel with providing treatment, but it is not investing in prevention,” he argues.

Inequality is also obvious in maternal health services. For example, Sindhupalchowk is a mostly rural district three hours’ drive from the capital Kathmandu. Despite it having 79 health facilities, families who can afford to do so travel to the capital to have their children delivered or to larger facilities in neighbouring districts. In fact, in 2020 more than 70 percent of pregnant women left Sindhupalchowk to have their babies outside the district.

About one-half of Nepal’s hospitals, including centres for specialised care, such as the national maternity centre, are located in the Kathmandu Valley.

A recent report analysing data from 2001 to 2016 found a growing “remarkable improvement” in maternal health progress nationally, in all wealth groups. But drilling down into the statistics revealed that the poorest of Nepal’s seven provinces “have made minimal to zero progress.”

“Special investment to address barriers to access and utilization in provinces that are lagging to make progress in reducing inequality is urgent. Further studies are needed to understand the strategies required to address the gaps in these provinces and bring about fair improvement,” added the study.