NEW DELHI, India, Feb 8 2022 (IPS) - The Covid-19 pandemic affected countries and people globally, at the same time exacerbated vulnerabilities such as modern-day slavery. There are over 40.3 million people estimated to be in modern-day slavery, and certain population groups, sectors and geographies such as children, migrant workers, women and girls that were already vulnerable, became more vulnerable to recruitment and exploitation during the pandemic. The United Nations has called the pandemic more than a health crisis, “it is an economic crisis, a humanitarian crisis, and a human rights crisis.” 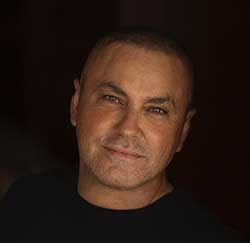 UN Secretary- General António Guterres called the world to go into emergency mode in the COVID-19 battle, stating the global economy which continues to be uncertain, health systems which are overwhelmed and millions of more people being pushed into poverty.

“The world has slipped backwards”, said Romy Hawatt, founding member of the Global Sustainability Network (GSN) in an exclusive interview given to IPS News. “The modern-day abuses of human rights and dignity are completely abhorrent and unacceptable in all its forms and at all levels. Governments everywhere are falling short on their responsibilities to protect their citizens (especially children) and are not putting in the proportionate focus, attention and resources into fighting these crimes against humanity,” Hawatt said.

As a ‘social entrepreneur’ he has used his business success and platforms to directly develop, fund and implement solutions for social, cultural and environmental issues. What started many years ago as informal charity work, eventually turned him into becoming a philanthropist, supporter and benefactor of various charities and organizations, GSN being one of them.

Earlier in 2020, more than 50 independent UN human rights experts warned that the COVID-19 pandemic played into the hands of slavers and traffickers, and it required stronger government measures to prevent exploitation of vulnerable people. The statement urged governments and businesses to recognize how the loss of jobs, income or land could put vulnerable groups at great risk and that exploitation could mean forced labor, including the worst forms of child labor, or being sold, trafficked and sexually exploited.

This report states more than 70% of the 4.8 million sex exploitation victims are in the Asia and Pacific region. 1.5 million victims are living in developed countries, with an estimated 13,000 enslaved in the UK.

Romy Hawatt became a founding member of GSN a network organization which was founded in 2014 by Raza Jafar, The RT Rev Lord Bishop Alastair Redfern and S. E. Mons. Marcelo Sanchez got together with a vision for a world free of slavery, child labor and human trafficking. This was initiated after the signing of a Joint Declaration Against Modern Slavery by Pope Francis, Justin Welby, the Archbishop of Canterbury, Ecumenical Patriarch Bartholomew from Greece and senior representatives of the Jewish, Muslim, Hindu and Buddhists faiths.

With a rapidly growing number of change makers, and influencers joining GSN, Hawatt says, “each one of them play a prominent role in creating awareness, educating, articulating and lobbying the powers to be at the faith, government, academia, business, media and sports levels to harness the power of connections and collaborations to help achieve the United Nations Sustainability Development (SDG) Goal 8 and 8.7 objectives which focuses on ending modern-day slavery, human and human organ trafficking. The plan going forward is to get further on to the front foot and make as much of a sustainable impact as possible, by utilizing all mediums and platforms available to articulate, inspire, invigorate and support a plethora of influencers and collaborators like those associated with the GSN to undercover and expose all forms of human exploitation”.

As governments around the world from the time when the pandemic began in 2020, mandated lockdowns and worked with limited pandemic response opportunities, traffickers adapted their methods to the pandemic, including social media and other online platforms to recruit new victims.

“Women and girls have been recruited, often locally or online, for sexual exploitation, especially in private apartments. Children have been particularly affected – out of school and needing to support parents who have lost their livelihoods, increasingly targeted by traffickers at the local level and online, says this report by the United Nations Office on Drugs and Crime.

“Traffickers responded to the closure of bars, clubs and massage parlours (due to lockdowns, curfews and other measures to control the spread of COVID-19) by moving the sexual exploitation of adults and children to private homes and apartments. In some countries traffickers have also capitalized on social distancing measures to transport victims across national borders, knowing that law enforcement has, at times, been unable to carefully inspect vehicles,” the report states.

According to this report, there are at least three ways in which COVID-19 impacts efforts to end modern day slavery: 1) heightening risks for those already exploited; 2) increasing the risks of exploitation, including child labour and child marriage; and 3) disrupting response efforts.

“Very simply put, traffickers target the most vulnerable and it is the women and children that fit this category, and especially those that are from poorer communities, perhaps are refugees, and those who lack education fall into the highest risk category of those who are trafficked.

“This is not just a third world problem; human trafficking is happening literally everywhere. Wittingly or unwittingly, we are all consumers that create demand and work in or drive supply chains that use and abuse fellow human beings. We therefore have an obligation to help fix it,” said Hawatt.