STOCKHOLM, Mar 7 2022 (IPS) - Georg Hegel once stated: ”What experience and history teach is this — that nations and governments have never learned anything from history, or acted upon any lessons they might have drawn from it.” Nevertheless, self-taught historian Vladimir Putin has learned to interpret history in his own manner. During COVID he went down in Kremlin’s archives and after studying old maps and treaties he wrote a lengthy essay On the Historical Unity of Russians and Ukrainians, while declaring that ”the formation of an ethnically pure Ukrainian state is an aggression directed against Russia.” 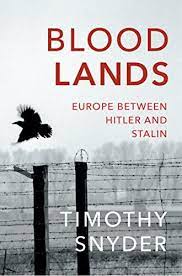 In his essay, Putin stressed Ukraine’s cultural and economic dependency on Russia, among other opinions stating that “in 1991-2013, Ukraine’s budget savings amounted to more than USD 82 billion, while today, it holds on the mere USD 1.5 billion of Russian payments for gas transit to Europe.” However, he fails to mention that after 2013 Ukraine lost approximately 100 billion USD due to the Kremlin backed war in Donbas and the Russian annexation of Crimea. Putin avoids the fact that gas prices were politically motivated, rising and falling depending on Ukrainian politicians’ support of Russian interests. His other history lessons are quite detailed, though nevertheless equally biased, based as they are on an Utopian idea of Russky Mir, a Russian world uniting all Russian-speakers now scattered among different countries, which once belonged to the Russian tsardom.

For example, he claims that Crimea is a natural part of Russia, though he ignores to explain how this came about:

In 1441, Mongols established the Crimean Khanate and their descendants, the Tatars, governed Crimea until 1783, when the area was annexed by the Russian Empire. A move that was part of an effort to colonize the fertile lands north of the Black Sea, which the tsars named Novorossiya, New Russia – a term frequently used by Putin while referring to the southern and eastern parts of Ukraine.

The “russification” of Crimea triggered an exodus to the Ottoman Empire. Between 1784 and 1793, 300,000 Tatars emigrated, out of an original population of about one million, while Russian settlers moved in. The Crimean War (1853-1856) caused another mass-migration when approximately 300,000 Tatars left Crimea. During World War II, Stalin decided to “empty Crimea of Tatars”. Soviet military forces did from the 18th to the 20th of May 1944 force “191,044 Tatars” to border cattle trains to become “resettled” far away in the East.

Vladimir Putin is now justifying his fierce attack on Ukraine by referring to genocide: “The purpose of this operation is to protect people who, for eight years now, have been facing humiliation and genocide perpetrated by the Kiev regime.” The term genocide (from Greek génos, family/clan/race and Latin cīdium, killing/murder) was in 1943 coined by Raphaël Lemkin, who in 1900 was born in Bezwodne, a village that in those days was part of the Russian Empire, nowadays it is found in western Belarus.

During World War I, Bezwodne became part of the battleground between German and Russian armies. The Lemkin house was burned down and after the Germans had seized their crops, horses and livestock the Lemkins sought shelter in the woods, where the youngest of Raphaël’s two brothers died from pneumonia and malnutrition.

In 1920, Raphaël enrolled at the Jan Kazimierz University in what at the time was Lwów. This ancient town had been ruled by Germans, Ruthenians, Russians, Tatars, Turks, Cossacks and even Swedes. Most of its existence, Lwów had been part of Polish territory, until it in the eighteenth century was annexed by the Austro-Hungarian Empire. After World War I, the town became Polish again, until the Soviet Union conquered it in 1939. Germans, calling it Lemberg, occupied the town between 1941 and 1944, after that the Soviets came back. In 1991 it became independent Ukraine’s second biggest town and is now called Lviv.

Each change of government was accompanied by protests and upheavals, generally followed by violence as emperors, kings, khans, hetmans and sultans imposed changes in language, religion, culture, and law, while inviting people from other areas to settle in the town.

Raphaël Lemkin, who for ten years studied and taught at the Kazimierz University, became increasingly engaged by the question why huge groups of people were harassed and ”put to death for no other reason than a language different from rulers who dictated laws and customs.” In his autobiography, Lemkin described his distress about the plight of Armenians, particularly after Taalat Pasha in 1915 had ordered an estimated 800,000 to 1.2 million Armenian women, children, and elderly to be sent on death marches into the Syrian Desert. In 1918, Taalat Pasha was in Brest-Litovsk as Turkish representative during peace negotiations between Germany and Russia. When Allied fleets in November 1918 entered the Bosphorus, Taalat Pasha chose to remain in Berlin, where he on 15 March 1921 was assassinated by a young Armenian, Soghomon Tehlirian.

Lemkin asked his professor in international law why Tehlirian was tried for murder, while no one had arrested a mass-murderer like Taalat Pasha. The professor answered: ”Consider the case of a farmer who owns a flock of chickens, he kills them, that’s his job; if you intervene, you are harassing him.” Lemkin responded: “But … Armenians are human beings, not chickens.” The professor declared: ”When you interfere in the internal affairs of a country [in this case – Turkey], you are violating that country’s sovereignty.” After this encounter, Lemkin continued to wonder why Tehlirian’s assassination of Taalat Pasha by most jurists was considered to be a lesser crime than a Grand Vizier of the Ottoman Empire ordering the death of more than a million individuals. Lemkin wrote: “How could the flag of sovereignty protect people trying to destroy an entire minority? Wasn’t it possible to create a norm in international law that worked for the prosecution of mass murder?” Tehlirian was by the Berlin court ”acquitted on grounds of insanity.”

From 1929, Lemkin worked for the District Court of Warsaw. When Poland in September 1939 was caught between invading German and Soviet armies he barely evaded German capture and execution, reaching Sweden through Lithuania. After a year as lecturer at the University of Uppsala, Lemkin escaped to the US. In 1944, he introduced the term genocide in his Axis Rule in Occupied Europe, an analysis of Nazi terror rule explaining why there are legal grounds for persecuting individuals who order and support genocide. During the Nuremberg trials Lemkin served as legal advisor to Chief Counselor Robert H. Jackson. In the 1950s, Lemkin cooperated with the Government of Egypt to establish means to outlaw genocide under domestic penal law. He also worked with Arab delegations at the UN to build a case to prosecute French officials for genocide in Algeria.

In 1953, Lemkin identified the Holodomor as a genocide. The word means “a plague of famine” and is used to designate the 1932-1933 Ukraine famine with an estimated 3,5 to 7 million victims. Ukraine’s ”black earth” is among the most fertile in the world and due to a constant lack of wheat in the rest of the Soviet Union Joseph Stalin’s totalitarian regime collectivized agricultural activities in Ukraine, at the same time as it tried to annihilate all opposition. However, while Soviet authorities were squeezing out ever increasing amounts of food, directing them to Russian cities and industrial centres, most Ukrainian collectives proved to be inefficient. In the 1930s, lack of grain became acute and agricultural products were violently confiscated from farmers, creating a state of terror and starvation. Mendacious propaganda was used to cover up expropriations, deportations and killings.

Several researchers have denied that the Holodomor was primarily waged against Ukrainians. Aleksandr Solzhenitsyn, whose father was Russian and mother Ukrainian, stated that the Holodomor, like other catastrophes occurring under Soviet rule, was a result of a generally inhuman Soviet ideology and not much different from the 1921 famine during which six million Soviet citizens died.

However, it cannot be denied that Ukraine, due to its fertile land and its crucial position between power hungry empires, constantly suffered incursions from regimes which terrorized and subdued its inhabitants. The word Ukraine appears to emanate from an old Slavic term for ”borderland”. In his 2010 book Blood Lands, Timothy Snyder described how 13 million people within a relatively short time span were killed within border regions stretching from the Baltic to the Black Sea. They became victims of Soviet terror, of the Holodomor, of the Nazi staged Holocaust/Porajmos that exterminated at least 5.4 million Jews and Roma/Sinti. During the same time, 3.1 million Soviet prisoners died in Nazi camps and half a million Germans in the Soviet Gulag, where millions of Russians, Poles, Balts and Ukrainians also perished.

Of the estimated 8.6 million Soviet troop losses during World War II, 1.4 million were ethnic Ukrainians, while Ukrainian civilian casualties are estimated at 6 million, including1.5 million Jews killed by Nazi Einsatzgruppen. More than 700 Ukrainian cities and towns and 28,000 villages were destroyed. Five days ago, Moscow people brought flowers to the Kyiv memorial by The Tomb of the Unknown Soldier. However, after an hour police had thrown them away and sealed off the area.

It is against this background Vladimir Putin presents his biased slice of history, ignoring millions of war casualties, genocide, state induced famine and enormous deportations. His dream of a “New Russia” appears to be nothing else than a version of an “Old Russia”, characterized by state violence, famine, war and mass deportations.

Once again Russian politics are dominated by a man imbued with a sense of Russian superiority, someone who apparently cannot perceive the difference between human victims and slaughtered chickens. The spectre of genocide might once again rise from its grave inflicting new ordeals on a long suffering Ukrainian population, not to mention the terrible possibility of a nuclear war.