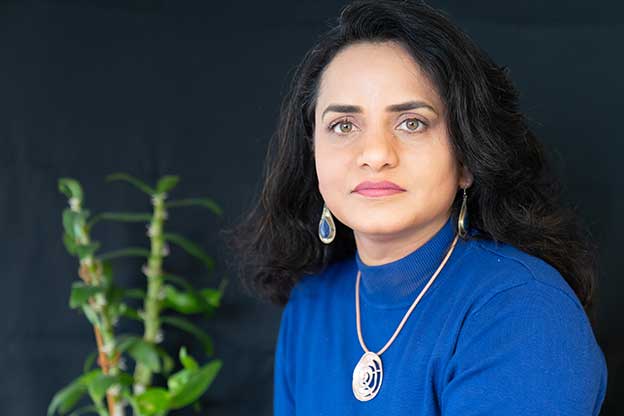 NEW DELHI, India, Apr 1 2022 (IPS) - It has been a month since Russia’s invasion of Ukraine, which has now created one of the biggest refugee crises of modern times. More than 3.7 million people have left the country, in what has become the fastest exodus globally since World War II.

According to this statement by UNICEF, one month of war in Ukraine has led to the displacement of 4.3 million children – more than half of the country’s estimated 7.5 million child population. This number includes more than 1.8 million children who have crossed into neighboring countries as refugees and 2.5 million who are now internally displaced inside Ukraine.

UNHCR, the UN Refugee Agency has said, intense fighting could continue to trigger further displacement, as an estimated 13 million people remain stranded in conflict-affected areas or unable to leave their homes due to lack of alternative options or safe routes out.

At a recent press briefing, UNHCR’s Representative in Ukraine, Karolina Lindholm Billing, said “a massive humanitarian crisis that is growing by the second. The seriousness of the situation cannot be overstated. Overnight, lives have been shattered and families torn apart. Millions are living in constant fear, with many sheltering in bunkers from indiscriminate shelling and heavy bombardments,” Billing said.

Most have fled to neighboring countries such as Poland, Hungary, Moldova, Romania, Slovakia, while a few have moved towards various other European countries. The “situation looks set to become Europe’s largest refugee crisis this century”, UNHCR said.

While early responses to refugee displacement address urgent functional and practical issues, such as meeting basic needs, resettlement efforts, security, food, living or just basic human survival, over the course of time, the humanitarian disaster needs a much broader and a more strategic response which would be most useful to people experiencing the displacement.

Anila Noor, one of Founding members of the European Coalition of Migrants and Refugees and European Lead of the Global Refugee-led Network (GRN) in an exclusive interview given to IPS says, while there have been normative shifts towards the inclusion of refugees and the value of Refugee-led organizations in international processes regarding refugees, but much work still needs to be done.

Last December, the international community gathered virtually (due to Omicron) for the High Levels Officials Meeting (HLOM), which was the two year check in on the progress the international community has made towards implementing the Global Compact on Refugees (GCR). While Refugee participation was largely relegated to the side and lead-up events, voices of refugees were largely absent from the actual HLOM itself, says Noor. “For every small gain, we have numerous battles, before this meeting was converted to a fully virtual format only 10 of the 500 people in the room were going to be refugees.”

“There was some positive progress, as both the US and Germany had refugees on their delegations for the first time, and Canada for the second time. The US signed onto our Refugee participation pledge, which is a commitment to meaningfully include refugees in discussions and policy making,” said Noor.

Currently there are at least 82.4 million people around the world who have been forced to flee their homes. Among them are nearly 26.4 million refugees, around half of whom are under the age of 18. More than 56 percent of refugees came from three countries: Syria (6.7 million), Afghanistan (2.7 million), and South Sudan (2.3 million). Adding to these numbers will be displacement due to the ongoing war, which has already left an estimated 3.7 million leave their country.

While resettlements become the most urgent priority, what follows is often a system that disenfranchises the refugees, depriving them of civil and political rights – which often leads to being excluded from multilateral arenas by their host country and/or their country of origin.

Through advocacy and appeals, GRN has been working towards pushing the international community for meaningful engagement of refugees, inclusion in international and domestic conversations and policy decisions. “UNHCR should commit to 25% refugee participation in the 2023 Global Refugee Forum and create a refugee seat in UNHCR’s governing body, EXCOM, by 2023.

“We have lived the experiences we are seeking to influence, these are our personal experiences of displacement, the fact that we have come this far is directly attributable to the strength of our fight and the truth of our message. We know what type of help would be most useful to people experiencing displacement, and we know how to get this help directly to them,” says Noor.

These large scale humanitarian crises come with the challenge to international laws and state responsibility with their roots in political and diplomatic failure, when laws of war are breached, it sets a bad precedent, impunity increases refugee flows and displacement, which in itself is a source of instability. Addressing the causes calls for a shared political agenda and a need to introspect and work towards a more humanitarian inclusive approach, keeping in mind the most vulnerable are always women and children.

As countries continue to open their borders for this large-scale ongoing global humanitarian crisis – from Afghanistan to Ukraine to Syria, this is also a reminder that without taking into account the rights and needs of refugees, internally displaced and stateless people, the common goals of those who have committed to the United Nations 2030 Agenda for Sustainable Development which offers a universal, integrated, transformative and human rights-based vision for sustainable development, peace and security will remain an unfinished business.