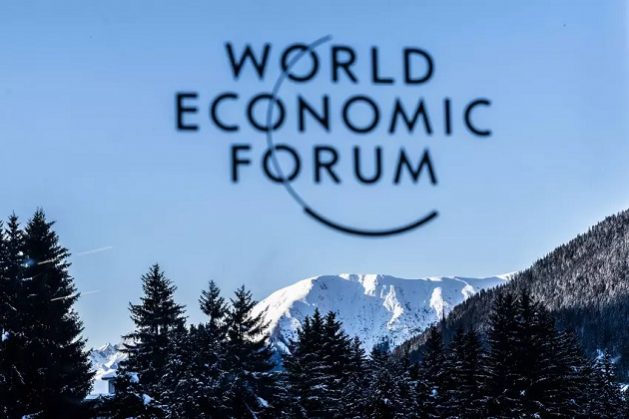 LONDON, May 31 2022 (IPS) - At this year’s World Economic Forum (WEF) at Davos which ended last week, the attention of the world’s financial and economic elite was captured by the war in Ukraine whose president Volodimir Zelensky used his address to call to “complete withdrawal of foreign businesses from the Russian market”, despite 380 of the largest multinational companies still operating in Russia.

Many companies still present in Russia were sitting in the audience while Zelensky spoke including HSBC that still maintains operations for existing clients, and Credit Suisse that is scaling them back without signalling that it would pull out of Russia due to the invasion. This is especially troubling given the leaked data in Suisse Secrets about how Credit Suisse oiled the wheels of many oligarchs prior to the Russian Invasion in Ukraine.

The banks at Davos are likely to hold assets of many of the over 6,163 sanctioned Russian individuals and entities despite anti-money laundering efforts to trace these funds hidden behind shell companies. This money in turn is often held in accounts in banks participating at the annual Davos meetings and their assets may never even be revealed due to the lack of stricter banking and financial transparency laws.

Ironically, even talking about these secretive accounts, and the leaks related to these is a criminal offence in Davos under draconian Swiss banking secrecy laws, so raising the issue could get you arrested and fined. Credit Suisse only committed itself to “stop new business in Russia while meaningfully cutting exposure by 56%.” The imbalance is striking, and none of the panels at Davos addressed this uncomfortable issue.

Alarmingly, this signals a business-as-usual approach by many of the top companies represented in Davos, not only failing to tackle Russian oligarchs but more broadly ignoring the issue of offshore funds held by powerful individuals and politicians from the global South.

Revealingly, the event only had 52 participants on the official list from Africa, out of a total of over 1,500 disclosed participants. Winnie Byanyima, director of UN AIDS, was one of them. She called out vaccine inequality and asked delegates to “stop pushing Africa to the back of the queue in terms of vaccine access” and called the patent protection laws a form of institutional racism in times of a global pandemic like COVID-19.

The debt crisis should also have been on the Davos agenda, as on the eve of the opening of Davos on 19 May we saw Sri Lanka descend into a balance of payment and debt crisis as their 30-day grace period to make debt payments to its creditors expired. The dues are mainly due to private creditors who form the largest single creditor group to Sri Lanka, many of whom again such as JP Morgan and Goldman Sachs were sitting in the audience at Davos, unwilling to commit to debt restructuring of private creditor debt.

Some of these issues were picked up by the annual Global Risk Report, where the key global risks that are identified in the next two years include extreme weather and livelihood crisis, followed by risk of not tackling climate change. Debt ranks as the 8th greatest risk, not something picked up by many of the respondents to the annual survey – of whom 63% were male, and 41% were from the business sector, largely overall represented by Europeans with 44% of all respondents drawn from the region, with only 6% from South Asia.

Why then the media focus on a Davos meeting that fail to deliver anything meaningful? It is a symbol of our age, and a place where the corporate elite get together and offer their view of the world – and where a few critics get to express their opinion about how it is failing to deliver each year. Given the mounting crises we are currently facing, and the role of responsible big business should take, this is plainly not enough.

Matti Kohonen is the director of the Financial Transparency Coalition and previously worked at Christian Aid as the Principal Advisor on the Private Sector, working to ensure that the private sector is a responsible and accountable actor in global development.