NEW DELHI, India, Jun 8 2022 (IPS) - It has been over 100 days since Russia first invaded Ukraine on 24 February 2022, turning the country into a slaughterhouse. The United Nations (UN) in this report says that, as of 1 June, 2022, more than 6.9 million refugees have left Ukraine and 2.1 million have returned, while eight million people are displaced inside Ukraine itself. War in Ukraine has caused the fastest growing refugee crisis since World War II.

In a statement, UN Secretary-General Antonio Guterres said that the conflict which began in February has since then taken thousands of lives, caused untold destruction, displaced millions of people, resulted in unacceptable violation of human rights and is inflaming a three-dimensional global – food, energy and finance – that is pummeling the most vulnerable people, countries and economies. 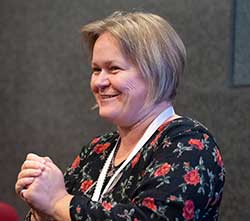 Hundreds of thousands of Ukrainians who are choosing to stay and fight back are demonstrating unity and resilience and say they are ready for the resistance. Maria Dmytriyeva, a long-time women’s rights activist and national gender expert with Democracy Development Center, an NGO based out of Ukraine is one amongst them who chose to stay back, has been working on the ground aiding civilians since the beginning of the war in Ukraine.

In an interview given to IPS News Dmytriyeva says that areas that were affected directly by the hostilities that have been liberated by the Ukrainian army are now rapidly rebuilding. “Local people and visiting builders are cleaning up the street, debris, mines and restoring infrastructure, where there are no Russians, life goes on.”

“We do have major problems with fuel as Russians deliberately destroyed our petroleum hosting areas, so transportation is a problem. We don’t have food scarcity; the problem is how to deliver it into areas controlled by Russians or heavily bombarded by Russians,” Dmytriyeva said.

Human rights organizations have been watching the impact of the war in Ukraine on women and children. The Rapid Gender Analysis, put together by UN Women and CARE International says that 90% of those fleeing Ukraine and 60% of those displaced are women – both which comes with increased safety risks, gender-based violence, poor hygiene, lack of basic supplies and safety concerns in shelters or across borders.

“I have visited three border checkpoints, in Romania, Moldova and Slovakia, we don’t enough information about what to do once anyone crosses the borders – how to manage your passport, how to find the right people, which shelter to go to and how to stay safe,” says Ella Lamakh, a social policy expert and Head of Democracy Development Center in Ukraine who too stayed back in Ukraine to help women and children impacted by the war. 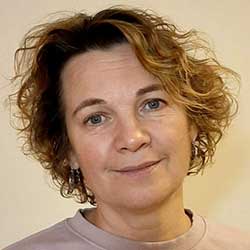 “There are a lot of women and children crossing these borders, and when I asked them where they are going, their reply is – ‘oh we are just going across the border, we will ask some volunteer, or we will figure it out’. While I am thankful for all the help these women are getting, there are a lot of posters on the walls across the border or at these checkpoints, but nobody has the time or mind to stop and read any of them. What would be useful for these women is if they are given information, handed over to them in the form of posters or booklets,” Lamakh says.

As of 3 June, the Human Rights Monitoring Team of the UN High Commissioner for Human Rights had received reports of 124 alleged acts of conflict-related sexual violence across Ukraine.

“Allegations of sexual violence by Russian troops in Ukraine are mounting. A national hotline on domestic violence, human trafficking and gender-based discrimination has been set up, and has received multiple shocking reports ranging from gang rape, to coercion, where loved ones are forced to watch an act of sexual violence committed against a partner of a child” stated this report.

The United Nations has warned that the war in Ukraine has also helped stoke a global food crisis, and “what could follow would be malnutrition, mass hunger and famine, in a crisis that could last for years, urging Russia to release Ukrainian grain exports.”

Before the war began in February, Ukraine exported 4.5m tonnes of agricultural produce per month through its ports – 12% of the planet’s wheat, 15% of its corn and half of its sunflower oil. As Russian warships cut off the ports of Odesa, Chornomorsk and others, the supply has been gravely impacted.

More than a month into Russia’s invasion, the Ukrainian military fared better than expected, where Russia has numerical superiority with 900,000 active personnel in its armed forces, and 2 million in reserve, Ukraine has 196,000 and 900,000 reservists, stated this report. Ukraine managed to bring the asymmetric power of pervasive inexpensive commercial technology, especially citizen-empowering social networks and crowdsourcing. President Volodymyr Zelenskyy through his various appeals managed to tap into its western allies demanding weapons and sanctions to fight back.

Several countries have reached out to help Ukraine by sending military aid to Kyiv. The United States will be sending Ukraine advanced rocket systems and munitions as part of a new $700 million package of military equipment, “promised only after direct assurance by Ukraine’s leader that they would not use it against targets within Russian territory.”

Britain is to supply long-range rocket artillery to Ukraine, UK will be sending a handful of tracked M270 multiple launch rocket systems. Spain is to supply Ukraine with anti-aircraft missiles and Leopard battle tanks in a step up of its military support.

In its latest attempt to punish Russia, the European Union, along with countries such as the UK and the US have introduced a series of measures to weaken key areas of the Russian economy, such as its energy and financial sectors. The EU has imposed a ban on all imports of oil from Russia that are brought in by sea. The US is banning all Russian oil and gas imports, and the UK will phase out Russian oil imports by the end of 2022. Germany has put on hold the final approval of Nord Stream 2 gas pipeline from Russia. These western sanctions on Russia are like none the world has seen.

Only time will tell what Russia’s overestimation of its own capabilities and underestimation of the capacity of Ukraine to fight back will result in, but history is a proof that ‘wars of aggression’ have not always ended well for aggressor states, and as seen in Ukraine, it’s already united western allies, rallied Ukrainians against common enemy and united them with a sense of purpose and collective sacrifice, keeping them going stronger for the last 100 days. Ukraine is showing the world how to fight back.