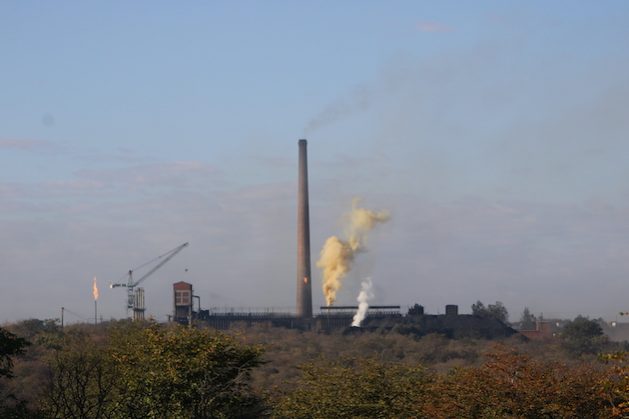 Carbon credits present an opportunity for African countries – many dependent on fossil fuels for energy – to protect themselves against climate change while raising much-needed finance for the transition to renewable energy transition, said Jean-Paul Adam, Director for Technology, Climate Change and Natural Resources Management Division at UNECA. 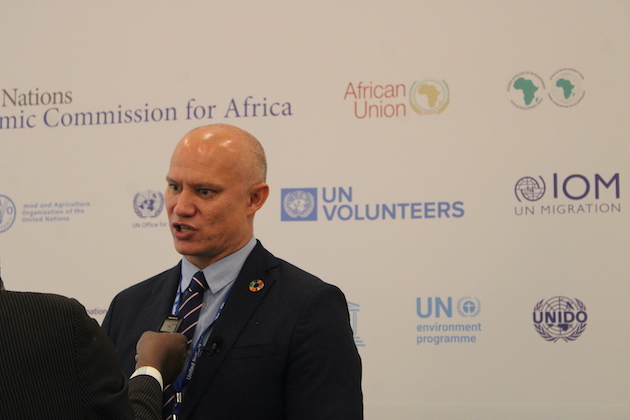 Carbon credits are globally traded commodities or permits that allow the emission of one tonne of CO2 or one tonne of carbon dioxide equivalent gases to be traded on national or international carbon markets. These credits, which can be used to boost economic growth and attract financing for various projects, are traded on the carbon offset markets.

By selling carbon credits, African countries can also tackle climate change by protecting their forests which absorb and store a measured amount of carbon. Besides, the carbon credits can also be sold as ‘offsets’ to companies unable to cut pollution to reduce emissions elsewhere.

Lack of finance and capacity to trade on the global carbon markets are hurdles for African countries have to overcome in the growing global carbon markets, where the carbon pricing revenue increased by almost 60 percent last year to about $84 billion, according to the World Bank.

Cashing in on carbon credits

Africa suffers energy insecurity, as seen in chronic power load shedding and blackouts that have a huge cost on people’s livelihoods and economic growth.

Fossil fuels dominate Africa’s energy mix, which comprises crude oil, coal, natural gas, hydropower, wind, and solar power. Africa is an untapped market for carbon trading. About two percent of global investments in renewable energy in the last two decades were made in Africa,  according to the International Renewable Energy Agency (IRENA) report.

But letting go of fossil fuels is a catch-22 situation for African countries. Many could lose essential revenue and risk stranded natural resources as the world demand for fossil fuels declines in favour of renewable energy.

According to the African Development Bank, more than 600 million people in Africa have no access to energy, and the continent has some of the world’s lowest electricity access rates for African countries at just over 40 percent.

The UNECA is supporting African countries to raise their resources reliably and transparently through carbon trading, said Adam, noting the need for an appropriate supervisory body for transparent carbon credit trading.

“We know that the rate of deforestation in Africa is the highest in all regions of the world, and therefore a well-structured carbon credit system can allow African countries to protect at-risk resources and generate income from the protection of those resources,” said Adam.

UNECA projects that through nature-based carbon removal, Africa can generate between $15 and $82 billion annually, depending on the price of carbon. For example, at  $50 per tonne, the revenue potential from natural carbon sequestration removal would be $15 billion. Adam said the average price for carbon credit in Africa was currently about $10 per tonne, which could be raised with the creation of high-integrity registries.

Africa’s carbon market was not as well developed as many countries did not have a registry to measure carbon emissions and trade them.

Africa accounts for only three percent of cumulative global CO2 emissions and less than five percent of the world’s annual CO2 emissions. The United Nations Framework Convention on Climate Change (UNFCCC) highlights that Africa has made the smallest historical contribution to the greenhouse gases causing global warming but bears the brunt of the negative impacts of climate change.

Adam says Africa has crafted an energy transition plan to boost energy security using natural gas as a transition fuel, given that many countries did not have access to geothermal and hydropower that could also be used for baseload generation.

African countries, through the African Union, have adopted a common position for energy transition recognising natural gas as a temporary energy need with oil and coal being phased out and allowing for more investment in renewable energy, particularly solar, wind and geothermal.

The African Common Position on Energy Access and Transition proposed for adoption by African Heads of State and to be launched at COP27 in Egypt this year comes on the back of the European Union’s recent vote in favour of a new rule that will consider fossil gas and nuclear projects as “green”.

The African Group of Negotiators (AGN) and the African civil society have opposed the plan. They worry it would detract from Africa’s energy access and transition goals while locking the continent into fossil fuels for decades.

“Africa is blessed with abundant wind, solar, and other clean, renewable energies. African leaders should be maximising this potential and harnessing the abundant wind and sun, which will help boost energy access and tackle climate change,” said Mohamed Adow, Director of Power Shift Africa.

Lorraine Chiponda, Africa Coal Network Coordinator, said the acceleration of gas projects in Africa was another colonial and modern ‘Scramble and Partition of Africa’ among energy corporations and rich countries.

While Omar Elmawi, coordinator of #StopEACOP, commented, “Africa needs to wake up and stop behaving like (it’s) Europe’s petrol station and always looking at resolving their (developed nation’s) energy problems. It is time to think collectively about what’s best for the continent and its people. This is a continent ripe with renewable energy potential.”