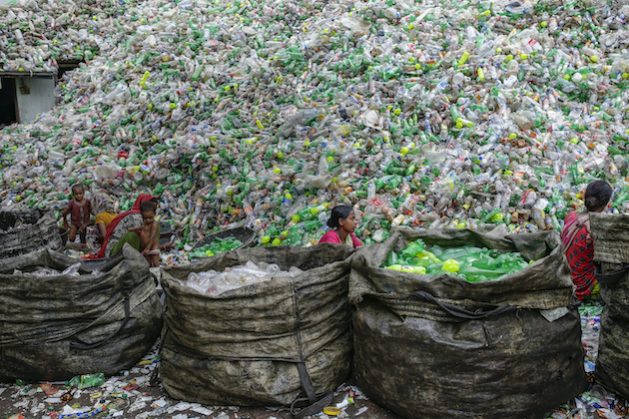 They were speaking in Kigali, Rwanda, on the sidelines of the World Circular Economy Forum (WCEF).

As a result of current global efforts to spur Africa’s transition to a Circular Economy at the country, regional and continental levels, official estimates show that the transition to a fully circular economy could generate $4.5 trillion in economic benefits globally by 2030.

Government representatives, researchers, civil society activists, and strategic partners launched an initiative, the High Ambition Coalition to End Plastics Pollution, on the sidelines of WCEF to end plastic pollution by 2040.

“The issue of plastic pollution has reached crisis levels, and it is time polluters to be held to account,” Zaynab Sadan, the Regional Plastics Policy Coordinator for Africa at World Wildlife Fund (WWF), told IPS.

According to experts, the key to a circular economy in Africa is to eliminate open dumping and burning of waste on the continent and promote the use of waste as a resource for value and job creation.

The latest estimates by the UN Environment Programme (UNEP) show that approximately 7 billion of the 9.2 billion tonnes of plastic produced from 1950-2017 globally has become plastic waste, ending in landfills or dumped.

Experts unanimously agree that plastic consumption and production have reached unsustainable levels over the past 30 years, reaching 460 million tonnes between 2000 to 2019.

The 2022 Global Plastics Outlook report by the Organization for Economic Co-operation and Development (OECD) indicates that much of this growth is mostly driven by massive increases in the production of single-use plastics for packaging and consumer goods, which accounts for half of the plastic waste generation.

To address this growing phenomenon, Sadan insists on the need for African countries to integrate the informal sector into recycling and waste management.

“There is a pressing need to improvement in waste collection services and management at landfills,” the fierce conservation activist told delegates at the launching of the new High Ambition Coalition to end plastic pollution.

Official projections indicate that by 2060, the use of plastics could almost triple globally, driven by economic and population growth.

It said that plastic leakage to the environment is projected to double to 44 million tonnes (Mt) a year, while the build-up of plastics in aquatic environments will more than triple, where the largest costs are projected for Sub-Saharan Africa, whose GDP would be reduced by 2.8% below the baseline.

Kristin Hughes, the director of the resource circularity pillar and a member of the World Economic Forum’s executive committee, told delegates that if current trends continue, billion metric tons of plastic waste will be in landfills or the natural environment by 2050. 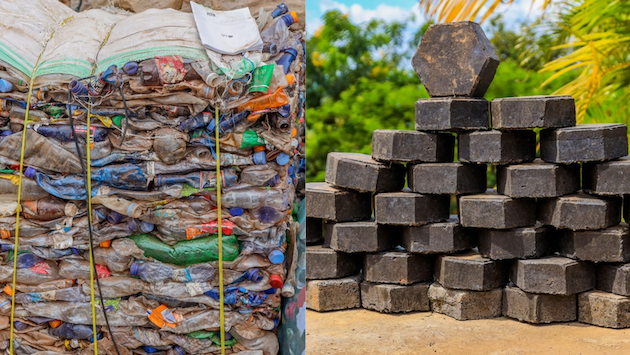 From plastic waste to paving stones. This was a project highlighted at the World Circular Economy Forum in Kigali. Credit: Aimable Twahirwa/IPS

During various sessions on the forum’s sidelines, Rwanda has been hailed as a role model in Africa toward managing waste from banning plastic bags in 2008, has made great steps forward, and has established the e-waste recycling facility in 2018.

Reacting to this achievement, Rwandan Minister of Environment Jeanne d’Arc Mujawamariya stressed the need for the country to strengthen existing mechanisms to have a carbon-neutral economy by 2050.

“Despite these achievements, there are still shortcomings that are exposing the country to severe impacts of improper waste management, including hazardous wastes,” Mujawamariya told delegates.

Terhi Lehtonen, Finnish Vice Minister of the Environment and Climate Change, is convinced that eradicating plastic pollution requires a systemic approach since plastic pollution is not simply a consumer issue.

“The plastic pollution is increasing at an alarming rate […] African countries need to adopt a holistic control strategy at both production and consumer level,” she told delegates.

The newly-established global mechanism, the High Ambition Coalition to End Plastics Pollution, is committed to developing ambitious international and legally binding instruments based on a comprehensive and circular approach that ensures urgent action and effective action interventions along the full lifecycle of plastics.

Erlend Haugen, Norway’s coordinator of the Global Initiative, said the new treaty must establish provisions for plastic waste minimization and environmentally sound collection, sorting, and preparation for reuse and recycling of plastic waste to re-enter recycled plastics into the economy and avoid leakage to the environment.

But activists are convinced that communities also have vital knowledge and experience that can help combat the scourge of plastic pollution.

According to her, the youth could also play a very influential role in plastic waste control by raising awareness about its negative impact.