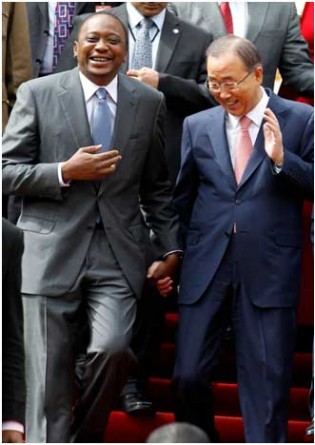 By Ban Ki-moon
One of my proudest accomplishments as the former UN secretary-general was playing a part in the ambitious global agenda for sustainable development (SDGs), including the goal of universal health coverage (UHC) by 2030.

Refugees and Migrants: A Crisis of Solidarity

By Ban Ki-moon
This September, the United Nations General Assembly will bring together world leaders to address one of the leading challenges of our time: responding to large movements of refugees and migrants.