Stories written by Francis Kokutse
Franics Kokutse is a freelance journalist based in Accra. In addition to IPS, he works for other media organisations including Associated Press, Dow Jones Newswires, The Nation Group of Kenya and is also the West Africa Correspondent for the New Delhi-based Indo Asian News Service. Francis is also a published poet on Poemhunters.com. 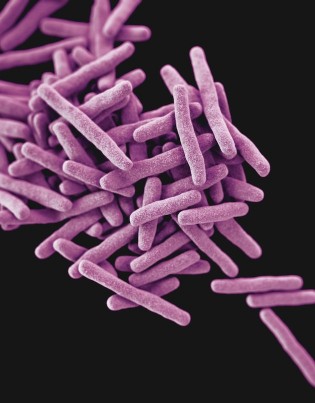 By Francis Kokutse
Counterfeit medicines have flooded the market in Ghana and have even made their way into government hospitals as the country’s drug regulator struggles to control the importation of drugs.

By Francis Kokutse
When Andrew Poku's mother passed away he needed help to pay for her funeral. So the 35-year-old teacher from Accra turned to one of the country's several loan companies for a 670-dollar loan.

By Francis Kokutse
There are growing fears that lack of transparency on how political parties are being funded has given rise to corruption.

ECONOMY-AFRICA: The “Threat” of an Independent Private Sector

By Francis Kokutse
From Algeria to Zimbabwe, there have been calls to develop the private sector. But some governments regard independent private sectors as a threat to their power and have even actively blocked business. Meanwhile African women have had a particularly raw deal in business. Some Africans question whether the private sector or the state should drive development.

By Francis Kokutse
It seems that, once again, Africa and the rest of the developing world have been short-changed, given the broken promises in the wake of the global economic implosion.

Q&A: “African Farmers Benefit When They Organise Themselves”

By Francis Kokutse
Research into an initiative to improve the lot of Ghanaian farmers shows how important it is that farmers organise themselves to improve their bargaining power with buyers.

By Francis Kokutse
In the past physically challenged Theophilus Ayim would have been kept behind closed doors by his family because they feared he would be scorned and ridiculed by the community.

By Francis Kokutse
The European Union has pressurised Ghana to sign an economic partnership agreement (EPA) despite civil society concerns being raised about the detrimental effects further trade liberalisation will have on development in the West African country.

By Francis Kokutse
"We must start from the simple premise that Africa's future is up to Africans," U.S. president Barack Obama told Ghana's parliament. And the keys to that future, as outlined in his speech, include democratic elections, accountability, good governance and strong institutions.

By Francis Kokutse
When you meet Naomi Aframea, 60, in the streets of Accra, you could take her for any other Ghanaian woman going about her business. But step into her stall at Agbobloshie Market, one of the capital’s satellite markets, and amidst stacks of the wooden crates used to ship tomatoes, you sense her power.

By Francis Kokutse
There are conflicting signals about whether west African countries will sign an economic partnership agreement (EPA) with the European Union, as the original deadline of Jun 30 has been postponed and stakeholders hold different views on the new deadline of end Oct. This may still allow Ghana to re-think its interim EPA.

By Francis Kokutse
When the news of the global financial crisis broke in Ghana last year, the then-President John Kufuor said the country’s economy was insulated against the effects of the credit crunch being reported in Europe and the United States. There now seems to be an admission now that ripples are being felt.

By Francis Kokutse
African governments should invest in creating jobs, providing social services and building food security to shield people against the effects of the global economic and financial crisis. They should also develop micro-credit facilities to make money available to small businesspeople and boost economies.

By Francis Kokutse
Ghanaians are daily consuming genetically modified (GM) products imported by various traders without much care. However, as the government prepares to allow the planting of GM crops locally in a bid to boost food production, one non-governmental organisation, Friends of the Earth (FoE) Ghana is sounding the alarm.

By Francis Kokutse
It looks like someone is not telling it as it is as far as meeting the Ghana’s Millennium Development Goals (MDG) on water supply is concerned.

By Francis Kokutse
The initiative linking British chocolate giant Cadbury’s with a Ghanaian cooperative representing 40,000 cocoa farmers is set to grow further and enhance the livelihoods of more farmers.

By Francis Kokutse
There has been a clamour to tighten up oversight and regulation of Ghana’s broadcasters from unusual bedfellows - the state-sponsored National Media Commission (NMC) and the Ghana Journalists" Association (GJA). The bodies have, in separate initiatives, slammed attempts to "privatise" the state-owned Ghana Broadcasting Corporation (GBC) and have railed against the practices of commercial radio stations.

TRADE-GHANA: Rice Farmers’ Markets So Close and Yet Out of Reach

By Francis Kokutse
Last year, rice farmers took to the streets of Ghana’s capital of Accra and accused the government of allowing imports to destroy their livelihoods.

By Francis Kokutse
As Ghana’s president-elect, John Evans Atta Mills, prepares to take office, he has his work cut out for him translating several years of strong macro-economic performance into tangible benefits for the majority of Ghanaians.
Next Page »
ADVERTISEMENT ADVERTISEMENT