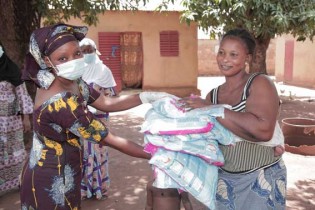 By Hervé Verhoosel
The bell rings and the halls erupt with the sounds of chatter and excitement as hundreds of children run to the dusty courtyard for recess. I joined them to play football but the game instead turned into a round of questions.

By Hervé Verhoosel
Last week I met with Aamir, a 29-year-old Yemenite, living in Geneva since October 2018 and waiting for his application for asylum to be finalized.

By Hervé Verhoosel
How much would you expect to pay for the most basic plate of food? The kind of thing you might whip up at home – nothing fancy, just enough to fill you up and meet a third of today’s calorie needs. A soup, maybe, or a simple stew – some beans or lentils, a handful of rice, bread, or corn?

By Hervé Verhoosel
We have arrived at the point of no return. At this very moment the world is witnessing the highest level of humanitarian needs since World War Two. We are experiencing a human catastrophe on a titanic scale: 125 million in dire need of assistance, over 60 million people forcibly displaced, and 218 million people affected by disasters each year for the past two decades.

Opinion: Eliminating Malaria in the Americas: An Opportunity We Cannot Afford to Miss

By Hervé Verhoosel
An issue mostly associated with Africa and Asia, malaria may not initially come to mind when we think of the Americas.
ADVERTISEMENT ADVERTISEMENT