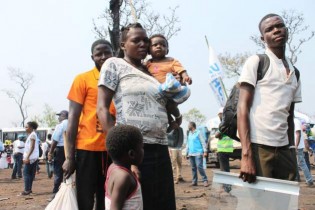 By Louise Redvers
The Angolan government is being urged to carry out a thorough and independent investigation into allegations of sexual and physical abuse by its security forces against Congolese migrants.
ADVERTISEMENT ADVERTISEMENT