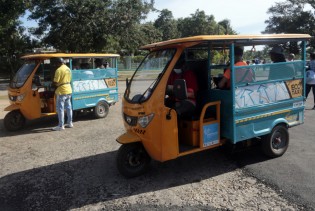 By Gail Jennings
The road between Zimbabwe’s Victoria Falls and Livingstone, in Zambia, is a well-traversed one, criss-crossed by bicycle riders towing trailers of bread and other supplies, with their bicycle spokes reinforced to bear the extra weight.