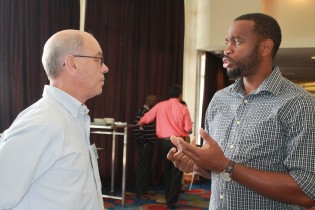 By Peter Richards
Dr. Ralph Gonsalves, the prime minister of St. Vincent and the Grenadines, says the promises of money by the “biggest polluters in the world” for small island developing states (SIDS) like his to adapt to climate change are a mostly a “mirage".
ADVERTISEMENT ADVERTISEMENT