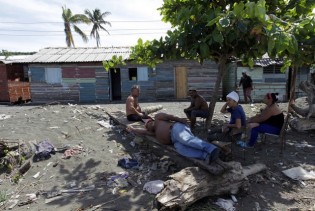 By Naimul Haq
Scientists predict that in the coming years, Bangladesh will be battered by even more climate disasters than it has already endured. Global warming has caused devastating damage in this lower Himalayan delta country of 150 million people, where seawater intrusion, increasingly intense cyclones, dried up rivers and extreme weather events have become the norm.
ADVERTISEMENT ADVERTISEMENT