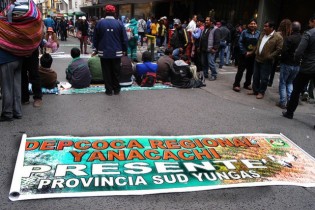 By Ángela Meléndez
The secrecy surrounding a friendly settlement in a case that Ecuador brought against Colombia in the International Court of Justice for damage caused by anti-drug spraying along the border has further angered those affected by the fumigation.
ADVERTISEMENT ADVERTISEMENT