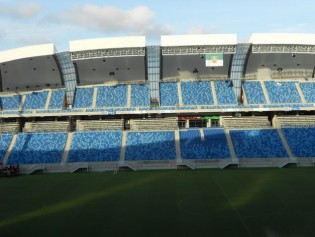 By Marcela Valente
Gated residential communities on the Paraná Delta have sprawled out of control in recent years, and are plugging up the local ecosystem and preventing the natural runoff of water that cushions the impact of floods in a vast area near the Argentine capital.

By Mario Osava
A year after workers' riots that brought work on the Jirau hydroelectric dam to a halt for months and forced the government and companies to engage in national negotiations to improve labour conditions in the construction industry, another strike has caused tension again in the dam construction project in northwest Brazil.