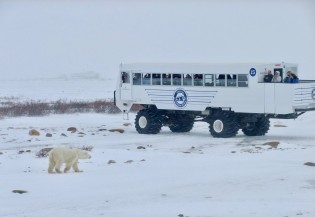 By Desmond Brown
Tourism, widely regarded as the mainstay of Caribbean economies, is being challenged to remain sustainable in an era of climate change and its impact on beaches, rivers and other attractions.

By Emilio Godoy
The residents of San Crisanto, a small communal village nestled in an idyllic setting in the southeastern Mexican state of Yucatán, have learned that valuing and protecting natural resources can generate employment and income.

By Rafael Acuña Coaquira
The Tsimane Mosetene people in Bolivia’s Amazon jungle region have found a tool to preserve their habitat and way of life: a community ecotourism project that won a United Nations-sponsored international award.
ADVERTISEMENT ADVERTISEMENT