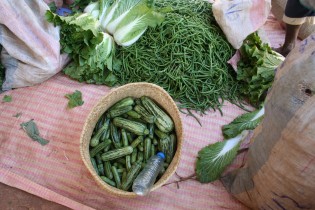 By Thalif Deen
As the international community fleshes out a new set of Sustainable Development Goals (SDGs) to be unveiled next year, civil society activists and U.N. officials agree their success will hinge on policies that address the nexus of poverty, hunger and environmental degradation.

By Joan Erakit
Over 40 million children under the age of five were overweight in 2010. In fact, since 1980, the worldwide prevalence of obesity has doubled, according to the British medical journal the Lancet.
ADVERTISEMENT ADVERTISEMENT