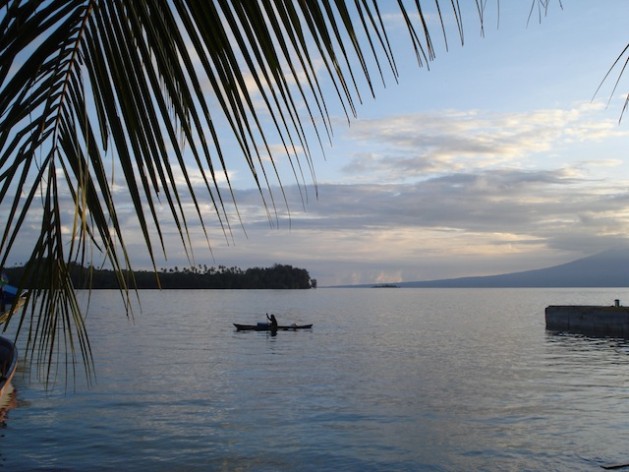 WASHINGTON, Jun 19 2014 (IPS) - A first-time U.S.-hosted summit on protecting the oceans has resulted in pledges worth some 800 million dollars to be used for conservation efforts.

During the summit, held here in Washington, the administration of President Barack Obama pledged to massively expand U.S.-protected parts of the southern Pacific Ocean. In an effort to strengthen global food security, the president has also announced a major push against illegal fishing and to create a national strategic plan for aquaculture.

“If we drain our resources, we won’t just be squandering one of humanity’s greatest treasures, we’ll be cutting off one of the world’s leading sources of food and economic growth, including for the United States,” President Obama said via video Tuesday morning.

The “Our Ocean” conference, held Monday and Tuesday at the U.S. State Department, brought together ministers, heads of state, as well as civil society and private sector representatives from almost 90 countries. The summit, hosted by Secretary of State John Kerry, focused on overfishing, pollution and ocean acidification, all of which threaten global food security.

In his opening remarks, Kerry noted that ocean conservation constitutes a “great necessity” for food security. “More than three billion people, 50 percent of the people on this planet, in every corner of the world depend on fish as a significant source of protein,” he said.

Proponents hope that many of the solutions being used by U.S. scientists, policymakers and fishermen could serve to help international communities.

“There is increasing demand for seafood with diminished supply … We need to find ways to make seafood sustainable to rich and poor countries alike,” Danielle Nierenberg, the president of FoodTank, a Washington think tank, told IPS.

“For instance, oyster harvesters in the Gambia have really depleted the oyster population, but a U.S.-sponsored project has been able to re-establish the oyster beds – by leaving them alone for a while. The same strategy – to step back a bit – worked with lobster fishers in New England.”

Nierenberg predicted that with diminishing wild fish, the future of seafood will be in aquaculture.

“What aquaculture projects need to do now is learn from the mistakes made from crop and livestock agriculture,” she said. “It doesn’t always work – for instance, maize and soybeans create opportunities for pest and disease. Overcrowding animals creates manure.”

The Obama administration also hopes to jumpstart the United States’ own seafood production capabilities. According to a White House fact sheet, the United States today imports most of its seafood, though highly regulated U.S. aquaculture is widely seen as particularly safe.

Early on in his first administration, President Obama created a new national ocean stewardship policy which also sought to streamline more than 100 U.S. laws governing the oceans and coordinating the country’s approach to these resources.

This week’s actions will further simplify aquaculture production, while aiming to ensure that U.S. aquaculture does not exceed the population size an environment can naturally support.

“The U.S. is really good at innovating, but not at producing, largely because of the amount of regulatory hurdles,” Michael Tlusty, director of research at the New England Aquarium, told IPS. “Roughly 17 different agencies have roles in aquaculture regulation, so streamlining the process will put all of them together at the same table to efficiently provide permits.”

“We can’t turn a switch and fix the ocean – we need lots of different strategies,” Tlusty said. “Cutting carbon dioxide emissions is very important … as is cutting illegal, underreported and underegistered fishing.”

“President Obama’s announcement is a historic step forward in the fight against seafood fraud and illegal fishing worldwide. This initiative is a practical solution to an ugly problem and will forever change the way we think about our seafood,” Beth Lowell, campaign director for Oceana, a watchdog group, said Tuesday.

“Because our seafood travels through an increasingly long, complex and non-transparent supply chain, there are numerous opportunities for seafood fraud to occur and illegally caught fish to enter the U.S. market.”

Oceana points to recent research noting that nearly a third of wild-caught seafood coming into the United States comes from pirate fishing.

Ocean acidification constitutes a particularly broad and worrisome danger to marine life, shellfish production and ocean-based food security, and received prominent attention at this week’s summit. This process has come about particularly from carbon dioxide emissions resulting from air pollution, which changes the delicate acidity level of the oceans.

“The entire ocean is acidifying, and at an incredibly rapid pace … more in the last 15 years than it has in the whole last 50,000 years,” Catherine Novelli, under-secretary for economic growth, energy and the environment at the U.S State Department, told IPS.

“If you’ve ever had a fish tank, you’ll know that it is an incredibly delicate balance. And once it gets out of balance, things can’t survive.”

Novelli pointed to innovate projects such as one undertaken by the Prince of Monaco, which aims to determine where acidification is taking place and to offer early warning systems for fish farmers.

“It absolutely affects shellfish farmers, as shellfish are very sensitive to these acidity levels,” said Novelli.

“There’s been some pioneering work done off the coast of Oregon, where shellfish farmers have worked with the state government to monitor the acidification. If the acidity level is changing, they can shut off their water intake from the ocean and preserve their shellfish until waves pass and go in a different direction.”

While the conference looked at a variety of short- and medium-term possibilities for monitoring and adapting to such problems, the discussions also recognised that the issue will likely be subsumed under broader climate change negotiations.