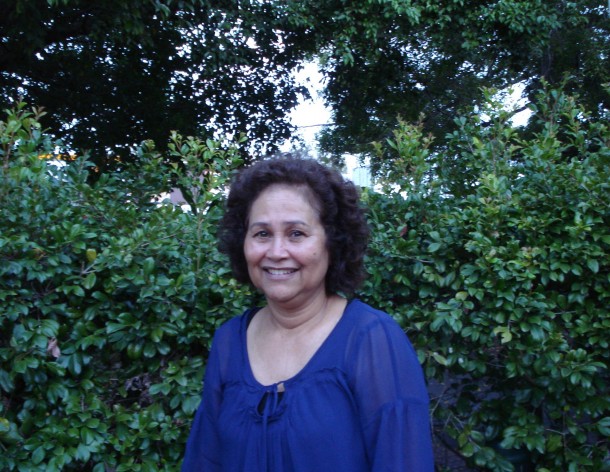 Half of the 10 million people of the Pacific islands reside within 1.5 km of the coastline, and Limpus stressed that climate change and rising sea levels were not a prediction but a reality threatening human security now.

“I couldn’t believe it. Did they (world leaders at Rio) really care about these small islands?” Limpus questioned during an interview with IPS in Brisbane. “It didn’t seem to be on their agenda. What can you do? Who is going to listen?”

Sustainable habitation on Kiribati is jeopardised by the sea that has risen on average 1-4 mm per year since 1993, and overcrowding it with a population density reaching 15,000 people per sq km.

Limpus campaigns for greater public awareness and action on climate change and received a 2010 Peace Women Award from the Women’s International League for Peace and Freedom in Australia. She is from Betio village on the main island of Tarawa, which has an average land width of 450 m.

“I am not a scientist, but I have witnessed what is happening there,” Limpus said.  “Climate change is a reality people live with which influences their culture, way of life, their connection with their ancestors and family land they have inhabited for hundreds of years.”

In Betio, homes are flooded regularly by king tides, seawater has ruined crops of taro and coconut trees near the beach are dying, and with scarce freshwater people are increasingly relying on supplies delivered by a council truck.

Water provision fails to meet the World Health Organisation recommended 50 litres per person per day. There is little land available to grow fresh produce, while imported foods are too expensive for most islanders. Villagers also have to cope with seawater damage.

“The ones who live near the lagoon on the ocean side are doing their very best to build a retaining wall to try and stop the water from coming into their houses. But they don’t have big boulders of rock, so they have to go out into the lagoon and collect little stones to fill up bags to build up their retaining wall,” Limpus explained.

A 2011 Pacific Climate Change Science Programme (PCCSP) report highlights that sea levels have risen in the region and temperatures increased over the past 50 years by up to 0.20°C per decade, with the most significant warming recorded in Papua New Guinea and French Polynesia.

The report describes the climate of the Pacific, which has the largest ocean in the world, in a state of transition with changes driven by human agency such as higher concentrations of greenhouse gases, and natural forces such as the El Nino/La Nina Southern Oscillation phenomenon which alter regional sea surface temperatures on a 2-7 year cycle.

The entire region is affected. In Tuvalu and the Federated States of Micronesia, there is flooding from higher tides, food and water shortages.

In the southwest Pacific, Papua New Guinean coastline is being eroded by higher seas and storm surges, while in the Solomon Islands, home to 552,000 people, encroaching seawater has destroyed crops, infringed burial sites and forced relocation of coastal villages on outer islands.

During this century, the PCCSP predicts that all Pacific Islands will face continuing surface air and sea temperature increases and rise in sea levels and ocean acidity, which is also expected to reduce coastal fisheries.

The Pacific Islands Forum, a regional inter-governmental organisation, believes that ‘climate change remains the greatest threat to the livelihoods, security and wellbeing of the peoples of the Pacific’ and last year initiated the biennial Pacific climate change roundtable to co-ordinate regional dialogue and action.

Most Pacific islands are also developing climate change strategies at the national level.

The Pacific Centre for Environment and Sustainable Development (PACE-SD) at the University of the South Pacific in Fiji, which conducts climate monitoring across the region and adaptation projects in rural communities, emphasised the importance of traditional knowledge of managing ecosystems.

“Community livelihoods are dependent on the traditional knowledge which the community uses constantly to survive in the natural environment,” a spokesperson for the centre told IPS.  “It forms the basis for all adaptation and mitigation strategies.”

Building climate resilience at the community level has been successful. In the village of Navukailagi on the island of Gau, Fiji, where there is severe coastal erosion, PACE-SD assisted with the construction of a groyne to stop flooding and a mangrove seedling nursery for planting a protective coastline forest.

“A recent visit a month ago to this site confirmed that the shoreline had been enhanced and villagers are able to replant vegetables in an area that was previously lost,” the PACE-SD spokesperson claimed.

However, Netatua Pelesikoti, director of climate change at the secretariat of the Pacific Regional Environment Programme in Samoa, says full implementation of climate programmes was hindered by limited resources, technology and finance as well as unrealistically short timelines for most adaptation projects.

However, the low-lying states of Kiribati, Tuvalu and the Marshall Islands are already facing the prospect of forced international migration. Recently the Kiribati government that wants ‘migration with dignity’ announced negotiations to purchase land for its people in Fiji.

The UNHCR estimates that 250 million people could be displaced globally because of climate change by 2050.

But Pacific islanders generate less than 0.06 percent of global greenhouse gas emissions and are dependent upon industrialised nations and big carbon emitters taking action to reduce global warming to less than 2° C to save their island homes, livelihoods and cultures.

“You feel like you’re not a human being. These world leaders should just go and spend a month on these small atolls and see for themselves what it is like for our people, day in and day out,” Limpus declared.