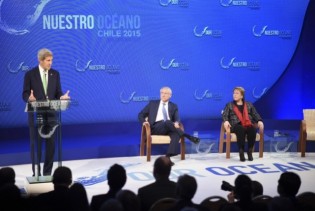 By Michelle Tullo
A first-time U.S.-hosted summit on protecting the oceans has resulted in pledges worth some 800 million dollars to be used for conservation efforts.
ADVERTISEMENT ADVERTISEMENT