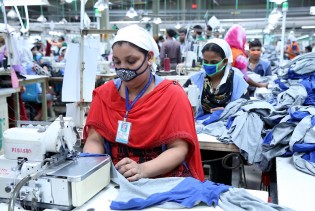 By AJ Correspondents
Thousands of garment factory workers have protested in the capital, Dhaka, over the death of about 200 workers in a building collapse, as rescuers continued to hunt for survivors, local media have reported.

By Inés Benítez
The Spanish public is well aware of the widespread exploitation of workers in the globalised garment industry. But low prices, shrinking buying power and the lure of brand names act as strong disincentives to responsible clothes shopping.
ADVERTISEMENT ADVERTISEMENT