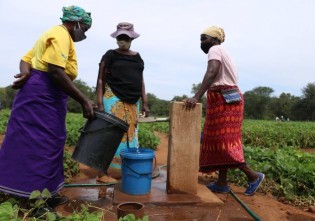 Groundwater at the Heart of the Water Security Equation

By James Sauramba
Groundwater is invisible and yet its impact is visible everywhere – this infinite resource provides almost half of all drinking water worldwide. About 40% of water for irrigated agriculture and about 1/3 of water required for industry is from groundwater resources. Despite these impressive facts, groundwater remains invisible and less prominent compared to surface water.

By Stephen Leahy
Everyone knows water is life. Far too few understand the role of trees, plants and other living things in ensuring we have clean, fresh water.
ADVERTISEMENT ADVERTISEMENT