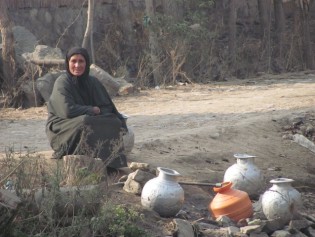 By Bhrikuti Rai
Every morning, as Gian Pietro Verza walks up the lateral moraine of the Khumbu Glacier in this Himalayan country’s north-east to take measurements, the wind makes colourful prayer flags flutter noisily. That same wind carries soot particles that are causing the snow on the mountains to melt faster.
ADVERTISEMENT ADVERTISEMENT