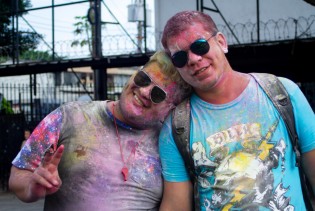 By Shuaib Almosawa
As he gets ready to go to a café in Yemen’s capital Sana’a, Husam tucks his long tresses inside a hood before getting into the back of his friend’s car.

By Molly Corso
Georgia may be touted as the most pro-Western country in the South Caucasus, but the recent backlash against LGBT activists in Tbilisi underscores how wide the cultural divide is when it comes to defining democratic values.
ADVERTISEMENT ADVERTISEMENT