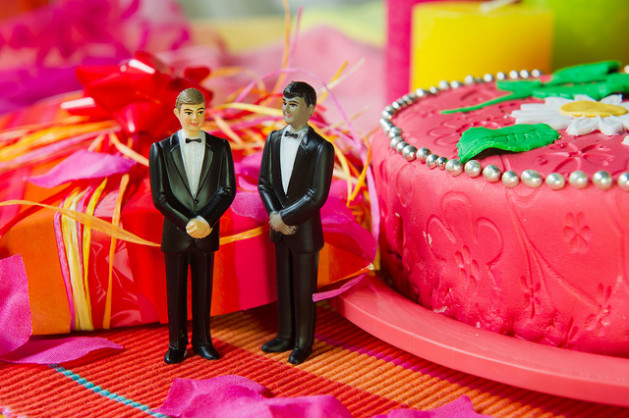 Homosexuality is broadly accepted in North America, the EU and much of Latin America, but widely rejected in predominantly Muslim nations and Africa, as well as in parts of Asia and Russia. Credit: Bigstock

"The international level... frankly has been one of the last bastions of acceptable bias and intolerance in matters of sexual orientation and gender identity." -- Amnesty International's Jose Luis Diaz

The U.N.’s calendar of “international days” each month is virtually bursting at its seams.

But the General Assembly, which is sharply divided over the politically sensitive issue of gay and lesbian rights, has side-stepped a decision to declare an International Day dedicated to lesbians, gays, bisexuals and the transgender (LGBT) community.

Still, the New York Office of the U.N. High Commissioner for Human Rights (OHCHR) and the Joint U.N. Programme on HIV/AIDS (UNAIDS) hosted a press conference last month to commemorate an International Day Against Homophobia (IDAHO).

But there were no system-wide commemorative meetings at the United Nations because, for all intents and purposes, IDAHO was a low-profile event since it did not have the blessings of the General Assembly, the U.N.’s highest policy-making body.

Homosexuality is broadly accepted in North America, the European Union and much of Latin America, but widely rejected in predominantly Muslim nations and Africa, as well as in parts of Asia and Russia, according to a survey of 39 countries by the Pew Research Center.

The results of the survey, released Tuesday, also mirror the political division at the United Nations over gay and lesbian rights.

Charles Radcliffe, chief of the Global Issues Section at OHCHR, told IPS, “There has been no attempt to date to introduce a resolution designating 17 May as the International Day Against Homophobia.”

In total, he said, the United Nations and its agencies officially observe nearly 120 “international days” — in almost all cases these flow from UNGA resolutions or, in a few cases, decisions taken at an agency level through their governing boards.

Boris O. Dittrich, advocacy director of the LGBT programme at Human Rights Watch (HRW), told IPS the High Commissioner for Human Rights Navi Pillay gave a speech in The Hague where she remarked that the U.N. observes many “special days”, but not IDAHO.

She would like to see this changed, but in the United Nations one needs a majority vote.

Dittrich said HRW would support an initiative to celebrate IDAHO officially. “It is a great advocacy hook,” he added.

In many countries, he said, activists organise activities and there is some media attention for discrimination issues based on sexual orientation or gender identity.

Meanwhile, the 19-member U.N. Committee on Non-Governmental Organisations (NGOs), which recommends consultative status to gay and lesbian groups, has repeatedly rejected applications from these groups over the last few years.

In what was described as “a historic vote”, the Committee last week recommended special consultative status to the Lesbian Medical Association (LMA). The Australia-based organisation advances both lesbian health professionals’ visibility and lesbian health in general.

The representative of Bulgaria told the committee that the organisation had faced postponement for seven consecutive sessions and had answered 54 questions posed to it over the years. The Committee was systematically deterring its application. It was time, she stated, to take a decision.

The Committee then recommended consultative status to the LMA by a vote 10 in favour (Belgium, Bulgaria, Burundi, India, Israel, Nicaragua, Peru, Turkey, the United States and Venezuela) to six against (China, Morocco, Pakistan, Russia, Senegal and Sudan), with two abstentions (Kyrgyzstan and Mozambique).

Cuba, another committee member, was absent during voting time.

He said the vote sent a strong message for equality of treatment and non-discrimination, “rights to which we are all entitled without distinction”.

“It was also further evidence that the struggle of the LGBT community for equality is bearing fruit at the international level, which frankly has been one of the last bastions of acceptable bias and intolerance in matters of sexual orientation and gender identity,” he added.

And in another encouraging step, a week after the Australian group got the nod from the U.N.’s NGO committee, an Austrian organisation, Homosexuelle Initiative Wien, also obtained consultative status.

“I hope these two historic votes mean that the day the UNGA can decree without controversy a day against homophobia has drawn nearer,” Luis Diaz added.

Asked about NGO committee’s recommendation, HRW’s Dittrich told IPS, “It was a great day for the NGOs, but it was not unprecedented.” The Dutch LGBT group COC received observer status directly through the NGO Committee in 2008.

“It was a close vote then with only a one vote majority. I remember this very well as HRW lobbied for the COC group,” he noted.

Meanwhile, the Pew survey released Tuesday said the view that homosexuality should be accepted by society is prevalent in most of the EU countries surveyed, with 88 percent in Spain sharing this view.

Outside of Europe, it is accepted by about three-quarters or more: in Canada (80 percent), Australia (79), Argentina (74) and the Philippines (73). A smaller majority (60) believes homosexuality should be accepted in the United States.

Overwhelming majorities in the predominantly Muslim countries surveyed also say homosexuality should be rejected, including 97 percent in Jordan, 95 percent in Egypt, 94 percent in Tunisia and 93 percent in the Palestinian territories.