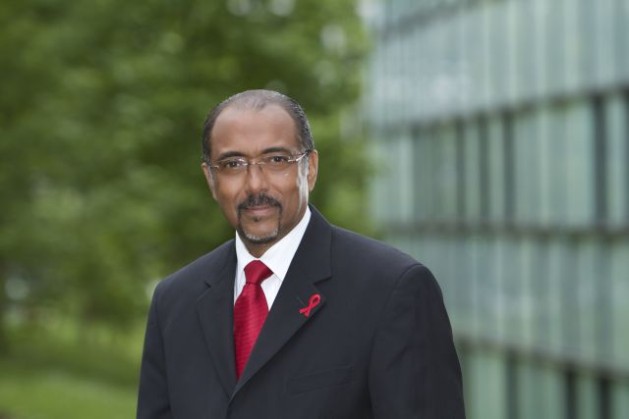 UNITED NATIONS, May 22 2013 (IPS) - The global fight against HIV/AIDS has seen recent hard-won breakthroughs, including the discovery of the genetic hiding place of the virus by doctors in Australia, a 50-percent drop in new infections across 25 low- and middle-income countries, and an increase of 63 percent in the number of people with access to HIV medication.

But ending stigma and discrimination against people living with HIV has proved more resistant, particularly so for those who are part of the Lesbian, Gay, Bisexual, Transgender or Queer (LGBTQ) community.

"Right now we are on the brink of reaching the response’s full potential to save lives." -- Michel Sidibé

Since its inception in 1995, UNAIDS has been a leader in strengthening the response to HIV/AIDS, as well as providing access to health care and assistance to those living with the virus and in working with grassroots communities to help them reduce their vulnerabilities.

With May 17 marking the International Day Against Homophobia and Transphobia, IPS spoke with Michel Sidibé, executive director of UNAIDS, about how discrimination affects efforts to stem the spread of HIV/AIDS, how that fight is moving forward, and the post-2015 development agenda.

Q: What is the impact of criminalisation of homosexuality on the policies UNAIDS is implementing?

A: UNAIDS is seeking to advance the vision of Zero new HIV infections, Zero discrimination and Zero AIDS-related deaths. To get there, we need to have universal access HIV prevention, treatment, care and support.

Some of the populations most highly affected by HIV are gay men and other men who have sex with men, as well as transgender people. If criminalised, there is virtually no way they can access the HIV information, commodities and services they need to avoid HIV infection and to stay alive and healthy if HIV positive. Nor can they mobilise their communities and support each other to avoid risky behaviour.

Q: With 76 countries still criminalising homosexuality, how do you plan to reach out to LGBT communities in those countries? And worldwide?

A: It is very difficult to reach LGBT communities in these countries. However, at the same time, in such places, HIV has often been an important entry point, sometimes the only entry point, for the health and human rights of LGBT people.

While laws criminalise, the public health sector has often understood how important it is to reach these populations. They have estimated their population’s size, done epidemiological studies, included them in national AIDS responses and have implemented tailored programmes. We support them to do so, regularly convening leaders of the LGBT community with government to work together on strategies to respond to HIV.

We also ask our staff to work with the ministry of justice and with police to enable these public health responses even where homosexuality is criminalised. We need a great expansion of programmes, greater protection of rights and attention to the new and younger generation of LGBT people who need access to HIV services.

Q: Do you have a specific campaign focused on the LGBT community?

A: We do not have a specific campaign, but we are working on the HIV-related rights and needs of the LGBT community from many angles. In terms of financing the AIDS response, we are asking countries to be much smarter in their HIV investments, in particular, to put resources and programmes towards populations highly affected by HIV.

In terms of access to health services, we are seeking to expand HIV prevention and treatment to all people in need and know that many LGBT people are not getting access to these services. We hope to improve their access through promoting more user-friendly health services as well as greater outreach programmes to their communities.

In terms of human rights, we promote the fact that they, like all people, have human rights. Like the U.N. secretary-general and the high commissioner for human rights, we call for the decriminalisation of homosexuality, as well as for their rights to non-discrimination, freedom from violence, health and participation and inclusion.

Q: What is the UNAIDS agenda for the post-2015 new development goals?

A: UNAIDS remains firmly committed to supporting countries to achieve universal access to HIV prevention, treatment care and support. This means ensuring that everyone in need has access to HIV services without stigma and without discrimination.

Although there has been much progress in ensuring that even the most marginalised in society have access there is still a lot of work to do. To end stigma and discrimination around HIV we work with a broad range of partners including, community based organisations, faith-based organisations, political leaders, scientific committees, law enforcement bodies and many other groups.

Q: There have been some breakthroughs in medical research on HIV and AIDS in recent months. Can we hope for a world free of AIDS in a few generations?

A: HIV has been one of the defining issues of our time and I strongly believe that we can end the AIDS epidemic. Right now we are on the brink of reaching the response’s full potential to save lives – so now more than ever countries need to commit to action and look to a future without AIDS.