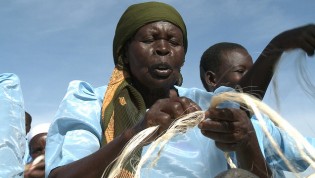 By Rutendo Mawere
Rutendo Mawere reports from Harare on the link between gender-based violence and HIV and efforts to stop the practice. *with additional reporting by Ish Mafundikwa

By Michelle Bachelet, Michel Sidibe, and Jennifer Gatsi Mallet
Global efforts to reach the “three zeros” for women and girls - zero new HIV infections, zero discrimination and zero AIDS-related deaths - are gaining momentum. Much of the progress we have seen is underpinned by the work of women living with HIV.
ADVERTISEMENT ADVERTISEMENT