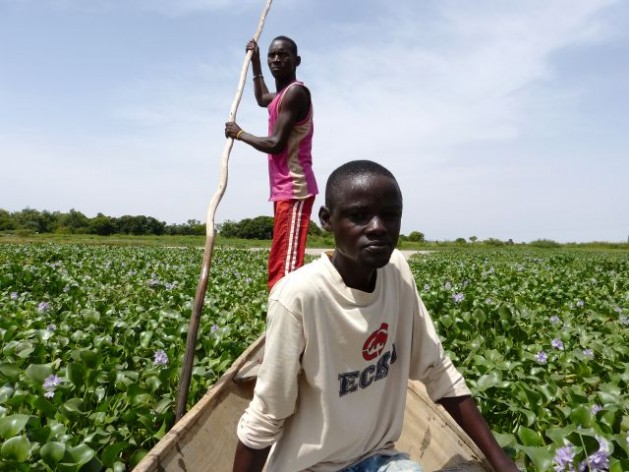 Men navigate with difficulty around an idea of masculinity that leads them to ignore their own health needs regarding HIV. Credit: Mercedes Sayagues/IPS

NAIROBI, Dec 12 2014 (IPS) - Mention gender inequality in AIDS and the fact that  more women than men live with HIV pops up. But another, rarely spoken about gendered difference is proving lethal to men with HIV.

“Men are being left behind in access to HIV care and treatment,” says Safari Mbewe, executive director of the Malawi Network of People Living with HIV and AIDS (MANET+).

As of December 2012, men represented only 36 percent of all people on antiretroviral therapy (ART) in Africa, according to the United Nations Joint Programme on HIV/AIDS (UNAIDS).

In Kenya, the most recent AIDS Indicator Survey shows that eight in ten women have tested for HIV, compared to six in 10 men. This pattern occurs across the continent.

Generally, the emphasis has been on men’s risks around HIV (multiple partners, unsafe sex, alcohol abuse, violence), which make women more vulnerable to HIV, and less on men’s own vulnerability through their poor health seeking behaviour.

Among people on ART, mortality is 31 percent higher for men than for women, reports Cornell in a study, concluding that most AIDS policies and programmes in Africa are blind to men and lack “a true commitment to equitable access to ART.” 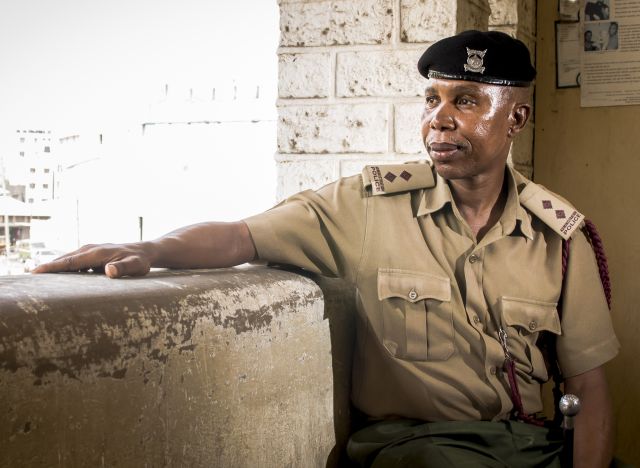 Police inspector Ali Mlalanaro is winning the battle against AIDS by being open about it. Photo courtesy of Amunga Eshuchi

What makes a man?

At the core of the disparity are socially constructed ideas of masculinity, says Pierre Brouard, director of the Centre for the Study of AIDS at the University of Pretoria, South Africa.

The police inspector who will not be left behind

Ali Mlalanaro, 51, is a police inspector in Mombasa county, on the Indian Ocean coast, 441km from the capital, Nairobi.

He told IPS that he suspected he might be infected with HIV as far as 1994 but did not dare test until 1998. He tested positive.

But other than recurrent ‘mshipi’ – the Swahili word for belt, describing a herpes breakout around his waist - the police officer was in good shape for many years, until he became very sick on 2007 and started antiretroviral treatment.

His second wife died of HIV but none of his six children from two wives was born with the virus. Later he married an HIV positive mother of three children.

Mlalanaro says that the external forces that keep men away from clinics are as powerful as the internal forces.

“Something in a man refuses to acknowledge an illness until it begins interfering with his day to day activities, and this is especially true for HIV,” he says.

Attending a clinic regularly is difficult for men in uniform. “We work odd hours, long hours, and transfers are frequent,” he told IPS.

He nearly lost his battle with HIV due to alcohol and smoking: “Because a man will not accept that there is something stronger than him that could kill him, we lose ourselves in alcohol.”

Joining Soldiers of Hope, an HIV support group of the AIDS Response in Forces in Uniform (ARIFU), gave Mlalanaro “the courage to share what I was going through.”

Men fear stigma and discrimination as much as women, he says: “Men hate talking about their feelings. Going public with my status was difficult but, by doing so, it’s as if I won half the battle.”

“Gender matters in health,” he told IPS. “The way men see themselves and position themselves in relation to health services affects how they take up HIV testing and treatment.”

To be a man means to be strong, to ignore pain and symptoms, to postpone their own health needs, he explains.

Dr. Landry Tsague, UNICEF HIV specialist in Lusaka, Zambia, agrees:” For many men, hospitals are for women and children.”

As a result, men test for HIV and start ART late, sometimes too late to beat the virus.

Brouard says that South African men are more reluctant than women to test for HIV and as a result are less likely to start ART.

Dismas Nkunda, a Uganda- based member of the Reproductive Health Advocacy Network for Africa (RHANA), explains that women attend antenatal care where HIV testing is routine and are more likely to accompany family members to hospitals.

“Men interact less with the health system compared to women,” he says.

Denial plays a part, too. “Men can easily convince themselves that they don’t have HIV until the disease has progressed to the late stage,” says Diana Mswafari, an HIV activist from Tanzania.

A study by the Centres for Disease Control and Prevention (CDC) in Swaziland, Mozambique, Zambia, Tanzania and Uganda followed people during four and a half years of ART.

Not only did men start ART later and sicker, they were more likely to default (stop ART for more than 30 days), to interrupt treatment, and to drop out of the care programmes.

Tsague told IPS that “men’s adherence and retention on treatment is poor compared to women, and this is linked to social norms.”

Men are also less likely to join support groups that would help them stay on ART.

In a study on men, masculinity and AIDS,  Peter Aggleton wrote that “manhood brings a mix of personal costs as well as benefits – costs that are reflected in men’s mental and physical health, and their difficulty to talk about their feelings.”

Cornell argues that the focus of public health services across Africa on maternal and child health, coupled with successful advocacy for women’s special vulnerabilities around HIV, have overshadowed the needs of men – “the forgotten fifty percent whose needs are always secondary to that of women and children.”

Experts recommend setting up male-friendly clinics, with opening hours and days suitable for men in formal or informal employment.

“Men feel out of place queuing with mothers and crying babies, they need their own little quiet corner,” says Msafari.

To counter stigma, which is very high in Malawi as elsewhere in Africa, Mbewe suggests recruiting “the few men who are open about being HIV positive and on ART to form male champion groups.”

This kind of gender conscious measures will help save men’s lives and keep them in good health.