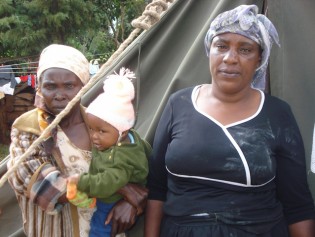 By Miriam Gathigah
Mary Wacu lived in the Rift Valley region for 10 years prior to the 2007/08 post-election violence that rocked Kenya after a disputed general election.

By Miriam Gathigah
As Kenya’s deputy president William Ruto and co-accused journalist Joshua Sang resumed their trial for crimes against humanity at the International Criminal Court (ICC) on Tuesday, Sept. 17, many in this East African nation were debating if the trial will continue to its end as four more witnesses withdrew from testifying on Sept. 15.

By Emmanuel Chaco
Non-governmental organisations in the Democratic Republic of Congo province where Thomas Lubanga Dyilo used children as fighters in his militia in 2002 to 2003 have slammed his 14-year sentence as inadequate – and potentially dangerous.

By Thalif Deen
The United Nations, which remains politically deadlocked over the drawn-out crisis in Syria, has hit another roadblock, this time over humanitarian assistance to the thousands of men, women and children caught up in the 11-month-old conflict.
ADVERTISEMENT ADVERTISEMENT