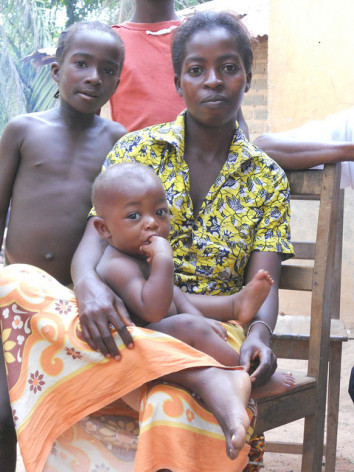 Many Ivoirians fled the country’s violence in 2011. It was estimated that 100,000 people fled to neighbouring Liberia. Pictured here is a family who fled to Butuo, Liberia, in this photo dated 2011. Credit: Jessica McDiarmid/IPS

ABIDJAN, Côte d’Ivoire, Oct 31 2013 (IPS) - “We are sad. We want our president back,” Yao Amandine told IPS from a street corner in the Ivorian economic metropolis, Abidjan, after the International Criminal Court ruled against granting former Ivorian President Laurent Gbagbo a conditional release on Tuesday.

Gbagbo is accused of crimes against humanity for his alleged role in the 2010 to 2011 post-electoral crisis. More than 3,000 people died in the violence that followed Gbagbo’s refusal to concede victory to Allassane Ouattara, who was internationally recognised as the winner of the election.

But in June, the ICC said that the case against Gbagbo was not strong enough and asked chief prosecutor Fatou Bensouda to conduct further investigations and submit more evidence. The defence used the delay to ask for Gbagbo’s conditional release.

For weeks Gbagbo’s supporters in Côte d’Ivoire waited expectantly for his release. On the newsstand behind Amandine, newspaper headlines read: “Gbagbo packs his luggage” and “Gbagbo will be back soon.” But on Oct. 29, when news broke from The Hague that the former president would remain in detention pending a possible trial, many of his supporters become deflated.

“They have stolen our president from us, and they don’t want to give him back. [The prosecutor Fatou] Bensouda doesn’t have any proof. They have to release him,” Broue Jean told IPS as he stood next to Amandine.

In this West African nation the ICC proceedings have been greeted with a mix of incomprehension and frustration.

“It’s true that people do not understand what is happening,” Ali Ouattara, president of the Ivorian Coalition for the ICC, told IPS. “People need to understand that [these] decisions follow long-term proceedings in the court. They do not see the motives behind the decisions.”

He admitted that the ICC needed to provide constant communication with Ivoirians. However, he said he still believed that the international court offered the best opportunity for Ivoirians to achieve justice.

Here in Côte d’Ivoire, far from the ICC proceedings, justice seems to have been postponed for many.

Human rights groups continue to call for the end of the “selective justice” that is being meted out by local courts. In a report released in April titled “Turning Rhetoric Into Reality: Accountability for Serious International Crimes in Côte d’Ivoire,” Human Right Watch (HRW) said the government’s efforts to ensure justice for victims of the violence was uneven.

Since the crisis, more than 130 pro-Gbagbo supporters have faced trial, while only one Allassane Ouattara supporter was arrested and prosecuted.

Right groups say that this has led to a stalemate in the reconciliation process here. Amnesty International, HRW and the International Federation for Human Rights (IFHR) have demanded that justice be blind and called for Allassane Ouattara’s supporters to be also held responsible for their crimes.

But it seems that Gbagbo will be the first and possibly the sole Ivorian to be transferred to The Hague. 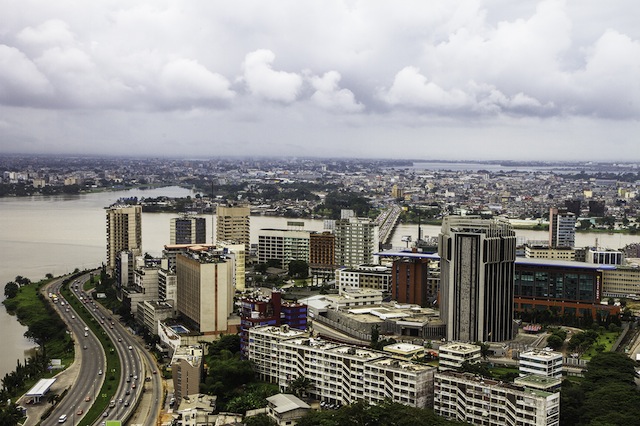 The ICC has also issued a warrant of arrest for Gbagbo’s wife and former First Lady Simone Gbagbo for charges related to her alleged involvement in the violence following the December 2010 election. But the Ivorian government refused to transfer her, arguing instead that it was now capable of prosecuting its own nationals.

The government is also yet to make a decision on another arrest warrant issued by the ICC.

On Sept. 23, Ivorian Minister of Justice Gnenema Coulibaly said that the ICC had provided a sealed arrest warrant for Charles Ble Goude, the former leader of the Young Patriots, a pro-Gbagbo, quasi-militia group. He is accused of crimes against humanity and rape that occurred during the violence from December 2010 to April 2011.

“We think Ivorian courts are capable,” Ble Goude’s lawyer Kouadio N’Dry Claver said during a press conference. “We ask that the government take the same courageous and salutary decision [as it did with former First Lady Simone] Gbagbo’s case.”

Whatever the government’s decision on Ble Goude’s transfer, it has already announced the impending closure of the bodies set up to deal with the post-electoral violence.

Government spokesperson Bruno Koné said last week that the mandate of the Special Investigation Cell, which was set up in 2011 to investigate crimes during the violence, would not be renewed once it ended this December. He said the country’s police services and courts would be able to take on the role.

“The unit [was] set up at a particular moment. Now, the situation is back to normal. There is no question about maintaining it,” Koné said. Since April, many of the unit’s judges and investigators have been transferred to other departments.

But Patrick Baudouin, a lawyer for IFHR, said during a press conference on Oct. 22 that the government had not provided “a logical argument about why they should stop the unit’s activities.”

The mandate of the Dialogue, Truth and Reconciliation Commission, which was also set up two years ago, will also not be renewed when it ends. And IFHR is concerned that post-electoral crimes will remain unpunished. “A lot needs to be done on [President Allassane] Ouattara’s side. Ivory Coast has [experienced] too much suffering [to] proclaim impunity in all camps,” said Baudouin.

But president of the Collective of Victims in Ivory Coast, Issiaka Diaby, has faith in the system.

“I think that the refusal to grant conditional release to Laurent Gbagbo is a way to guarantee social peace and cohesion while justice is being rendered. We need this. Justice needs to be [served] not only for the 2010 to 2011 post-electoral crisis, but also for earlier events,” Diaby said.

A 2002 to 2007 civil war split the country in two as the Patriotic Movement of Ivory Coast attacked forces loyal to Gbagbo and took control of the north. But according to the April HRW report, “from 2003 onwards, political and military leaders on both sides implicated in overseeing atrocities retained their positions with complete impunity.”

“We have to end an entire decade of impunity. Unfortunately, we cannot request too much for now. If the minister says that we do not need the Special Investigative [Cell] anymore, great. We will follow on that. But we will maintain our vigilance to ensure that courts and investigators will really follow on,” Diaby said.