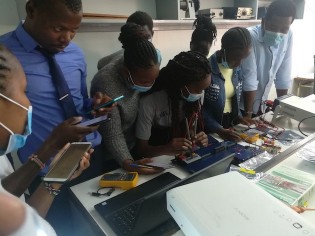 By Joshua Kyalimpa
Over the years, Cassius Ntege, a fisherman from Kasenyi landing site on the Ugandan side of Lake Victoria, has observed the waters of the lake receding. And as one of the many who depend on the lake for their livelihoods, he has had to endure the disastrous consequences of the depleting lake.
ADVERTISEMENT ADVERTISEMENT