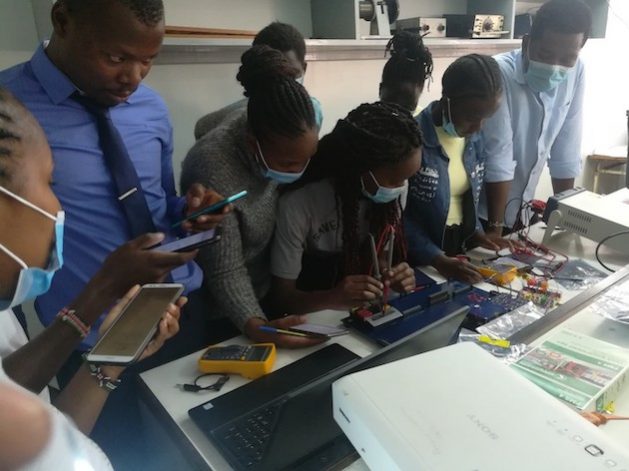 Thanks to the Technical University of Kenya (TUK), fishers on Lake Victoria may soon have a drone keeping an eye on them and making sure they do not fall victim to border conflicts. Credit: TUK

Nairobi, Jul 14 2022 (IPS) - It is exactly two years since George Omuodo’s brutal confrontation with fishers from Uganda, an encounter that left him hospitalized with a broken arm and bruised ribs. After listening to his ordeal, one wonders where he gets the courage to go back to the lake every day.

“I have to feed my family,” Omuodo tells IPS.

Omuodo is a 28-year-old fisher from Homabay county, a place famously known for its fishing activities with its large harbor and string of fishing boats lined up along the shores of Lake Victoria. 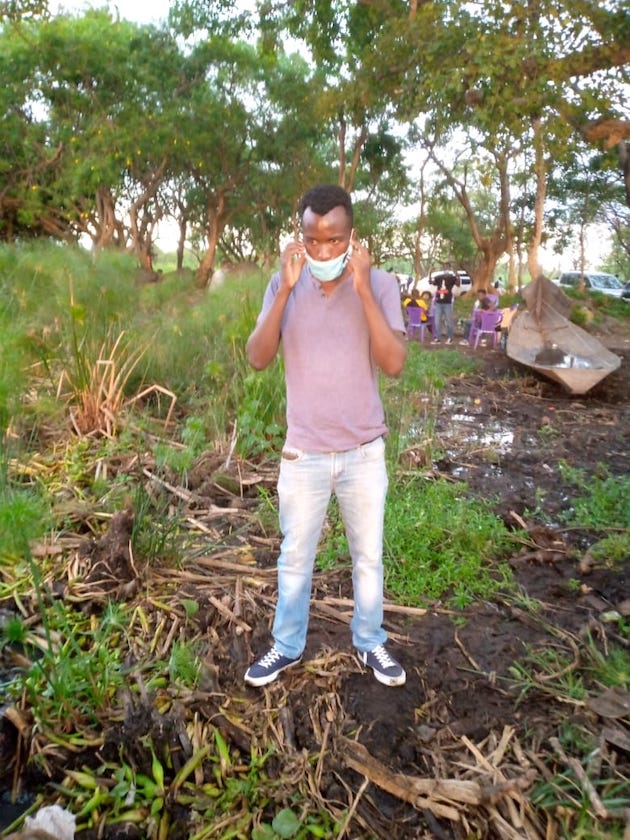 George Omuodo, who relies on fishing on Lake Victoria, had a violent confrontation with fishers from Uganda. Now a pilot project using a drone to keep fishers from border conflicts could assist in keeping him safe. Credit: Wilson Odhiambo/IPS

Omuodo and most of his friends rely on fishing, a source of food and income for their families. The only problem with this humble lifestyle is that it suddenly turned risky.

Border conflicts have been a perennial problem for local authorities on Lake Victoria for a long time, which has seen some fishermen lose their lives as they participate in their trade. The infamous Migingo Island is one example of border conflict that has seen many Kenyan fishers suffer at the hands of Ugandan authorities. The fishermen complained of being harassed by the border patrols, some of whom forced them to give up their equipment, catch, and even freedom due to trespassing rules.

“The area around Migingo is good for fishing and is what drives us there. However, the Ugandan government believes that Migingo Island is their territory and that all the fish around the area belong to them. Their border patrol and fishermen have been harassing us,” Omuodo lamented.

“Since this is our only source of livelihood, we have no choice but to constantly risk our lives just to earn a living for ourselves,” he said.

Omuodo and his friends may finally have someone to watch over them as they go about their business.

Thanks to the Technical University of Kenya (TUK), fishers on Lake Victoria may soon have a drone keeping an eye on them and making sure they do not fall victim to border conflicts.

In 2018, TUK embarked on a project that saw them develop their nanosatellite dubbed “TUKSat-1,” which was aimed at monitoring security on Lake Victoria, including helping local authorities in rescue operations.

According to TUK, the satellite works by relaying coordinates, including pictorial views, to the relevant personnel, thus aiding in tracking water vessels and people who go missing on the lake.

TUKSat-1 aims to mitigate this problem by sounding an alarm whenever a Kenyan vessel drifts too close to a Kenya-Tanzania or Kenya-Uganda border. 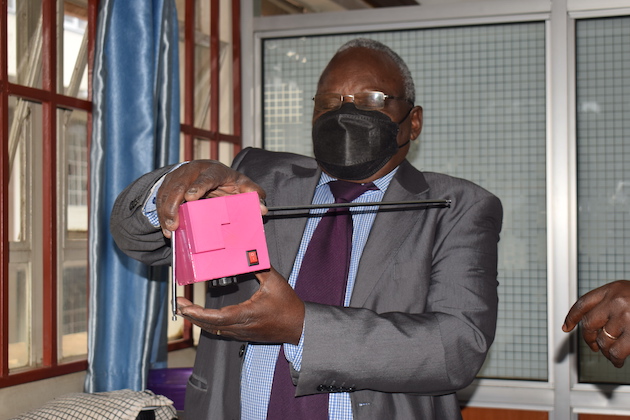 Professor Paul Baki, the project’s lead investigator, said the nanosatellite program was a joint effort that involved disciplines from various schools such as mechanical and process engineering, surveying and geospatial technologies, aerospace, and aeronautical engineering, electrical and electronic engineering as well as physics and earth sciences. Credit: TUK

Professor Paul Baki, the project’s lead investigator, told IPS that the nanosatellite program was a joint effort that involved disciplines from various schools such as Mechanical and process engineering, surveying and geospatial technologies, aerospace and aeronautical engineering, electrical and electronic engineering as well as physics and earth sciences.

“The TUKSat-1 program was initiated at the University in 2018 and involved collaborations between TUK and other institutions abroad,” Baki told IPS. “We were able to get funding from the Kenya Space Agency in 2020 and built the 1U nanosatellite (10cm3 in volume) between October 2020 to October 2021,” he added.

Baki said that the parts used to build the satellite were bought locally, and all the work was done in TUK’s physics laboratory.

Space exploration is not alien to Kenya, as NASA once launched a satellite from the San Marco launch site, Malindi, in 1970. Despite the satellite (dubbed Small Astronomical Satellite 1, SAS-1) not being Kenyan-owned, it did bear the Kenyan slogan “UHURU,” and the launch was a historic moment for a country that had just gained its independence. The satellite was also the first of its kind dedicated to X-ray astronomy.

Fast forward five decades later, where the University of Nairobi was able to build the first Kenyan-owned satellite (1st Kenyan University Nanosatellite-Precursor Flight) 1KUNS – PF, which was launched from the international space station in the United States.

The CubeSat, assembled by University of Nairobi (UON) engineering students in collaboration with the Japan Aerospace Exploration Agency (JAXA), was launched into the international space station on May 11, 2018. Its purpose was to carry out technological tests while recording details about the earth.

The UON got its funding, worth Ksh.120 million (about US$ 1miillion), from the joint space program between JAXA and the United Nations Office for Outer Space Affairs (UNOOSA) in 2016.

However, unlike the 1KUNS-PF, which currently floats around in space, the TUKSat-1 was launched on a drone and is meant to demonstrate the technology in preparation for more technical launches.

“Space technology and exploration will soon influence our economy and livelihood,” said Seth Odhiambo Nyawacha, a Geomatics Application Expert at Locate IT Limited. It is time Africa started producing the minds needed for technological advancements.

Nyawacha explained that Africa quickly became a consumer of space-based technology and products, which called for investments from stakeholders, especially in education and training about space technology and its exploration.

“With the development of the African Space Agency, soon to be hosted in Egypt, the continent will require home-based technicians and engineers to propel our satellites to space, ranging from communication satellites, weather forecast satellites in the wake of climate change, among other satellite types,” Nyawacha told IPS. He applauded the effort by JAXA and UNOOSA to help fund and train engineers in Sub-Saharan Africa.

A 2021 Kenyan-Spaceport report said that Kenya’s position on the equator made it a suitable center for rocket launches, and Marsabit was chosen as the site for setting up a spaceport.

The Jomo Kenyatta University of Agriculture and Technology and Moi University are other Kenyan institutions interested in space exploration.

“Kenya has shown great potential in space technology, and we should use this opportunity to set up a small-scale domestic space industry. As a country, we need to tap into the bright minds in our universities and help them propel Kenya into the frontiers of space technology,” Baki added.

Omuodo doesn’t understand much about satellites but welcomes any measure that would help them ply their trade in peace.