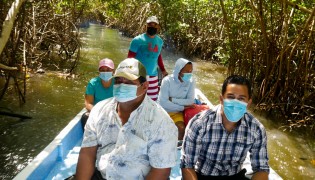 By Daniel Gutman
The territorial claims of hundreds of indigenous communities, which extend throughout most of Argentina's vast geography, burst onto the public agenda of a country built by and for descendants of European colonisers and immigrants, accustomed to looking at native people as outsiders.

By Alice Marcondes
The land conflict between the Guaraní-Kaiowá indigenous people and large landowners in the southwestern Brazilian state of Mato Grosso do Sul is a powder keg ready to explode, say observers.
ADVERTISEMENT ADVERTISEMENT