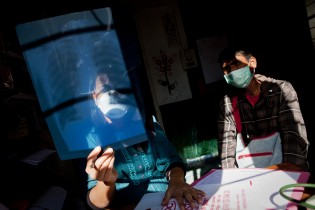 By Mantoe Phakathi
For more than a decade after 1992, when Swazi gold miner Benson Maseko, 50, fell ill with chest pains and a nagging cough, he did not seek treatment.
ADVERTISEMENT ADVERTISEMENT