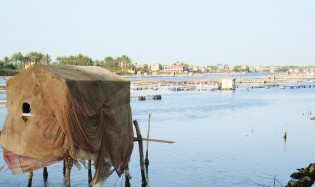 By Adam Morrow and Khaled Moussa al-Omrani
Ethiopia's diversion of part of the Blue Nile late last month has both rocked Cairo's relations with Addis Ababa and provided fodder for Egypt's ongoing war of attrition between its Islamist government and secular opposition.
ADVERTISEMENT ADVERTISEMENT