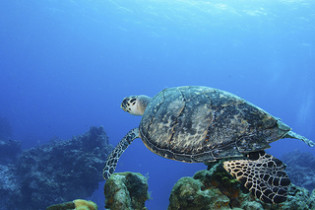 By Catherine Wilson
Coral reefs and marine ecosystems in the Milne Bay Province of the Pacific Island nation of Papua New Guinea are at serious risk of long-term environmental damage. The reason: an oil spill from a ship that ran aground on a reef on Kwaiawata Island on Christmas Eve, and authorities’ long delay in mobilising an appropriate response to the accident.
ADVERTISEMENT ADVERTISEMENT