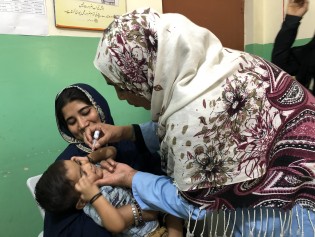 By Ashfaq Yusufzai and Zofeen Ebrahim
The murder of nine health workers vaccinating children against polio in Pakistan’s northwest cities of Peshawar and Charsadda in the Khyber Pakhtunkhwa (KP) province, and its southern port city Karachi, have elicited shock and outrage.
ADVERTISEMENT ADVERTISEMENT