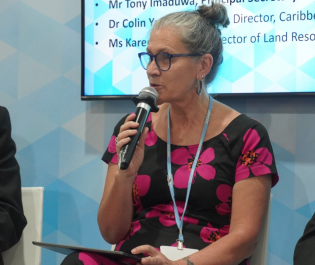 By Catherine Wilson
Safeguarding plentiful, nutritious supplies of food for the present generation of Pacific Islanders and those who come in the future is a frontline goal in the wake of the pandemic and the continual threat of climate extremes to island farming. But the region, where 50 to 70 percent of people depend on agriculture and fisheries for sustenance and income, is now one step ahead in that objective. The region’s agricultural gene bank, established by the development organisation, Pacific Community (SPC), is now acclaimed as world-class and a leader in building future food supplies.
ADVERTISEMENT ADVERTISEMENT