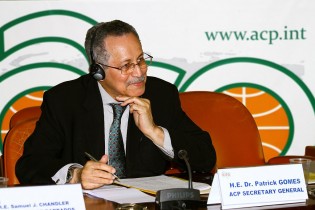 Caribbean Courts Mexico as Ally in the G20

By Peter Richards
The Caribbean Community bloc (Caricom) is lobbying Mexico to use its influence as chair of the G20, which controls 90 percent of world trade, to promote the interests of the Caribbean and other small island developing states when it meets in June.