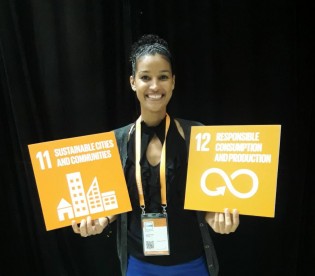 By Desmond Brown
The Mocho Mountains that run through the centre of Jamaica were once covered by lush tropical forests that helped control rainfall. Now, much of the forests and farmlands have been destroyed and the community is hard hit by the resultant extreme weather.