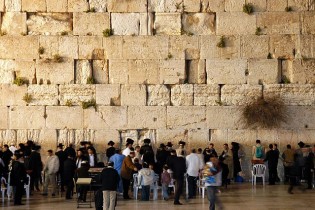 By Jim Lobe
Amidst a new U.S. effort to revive the long-stalled Israeli-Palestinian peace process, healthy pluralities of both peoples want U.S. President Barack Obama to play a stronger role in resolving their conflict, according to a major new poll released here Thursday by the Pew Research Center.

By Mitchell Plitnick
Despite indications that U.S. Secretary of State John Kerry is committing a substantial amount of time and effort to revive the long-stalled Israel-Palestinian “peace process", a growing number of experts believe a two-state solution is no longer viable and the lack of a realistic discussion of the issue in the United States is leaving the country without an alternative policy.
ADVERTISEMENT ADVERTISEMENT