TOKYO, May 24 2007 (IPS) - Senegalese author Khady Koita’s celebrated book “Mutilée” hit book stores in Japan on May 19 and was an instant hit. Written originally in French it recalls the author’s experience with the gruesome custom of female genital mutilation (FGM) and her work against the practice. 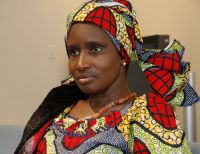 IPS: How would you like the issue of FGM perceived in the world?

KHADY KOITA: Africa has complicated the issue which is a form of violence against women. The difficult truth is that most African leaders are men and they are not happy to acknowledge that this violence remains deeply entrenched in our society. The fact that FGM is treated as a tradition has also made it a complex issue.

IPS: What angers you most?

KK: I am angry about the lack of political will in Africa to eradicate FGM. Political support, I believe, is crucial to provide education to women who will then be able to sort out the good and bad traditions in Africa. For example, when I visit villages, I realise that it is often the women who support FGM. They believe their daughters must undergo this mutilation in order to stop them from having many sexual partners and to also be able to find husbands by proving their chastity. Women defend FGM in this way and insist this is a tradition.

Thus, I believe, FGM is an African problem and we must look for ways to deal with this problem on an African level. One way to do this is to follow the latest Maputo Protocol that is aimed at compelling action rather than making pledges. Political leaders and activists must work together to implement the proposals much faster than what is done now.

IPS: How effective is the anti-FGM movement?

KK: African governments do not care enough to protect the rights of women in their countries. There is a lot of talk on empowering African women at conferences and international meetings and the rights of women are protected in national constitutions. This is very general. What is missing is the action on the domestic front to advance the status of women in society. I am afraid the national policy is to wait for European leaders and activists to take the lead in this field.

KK: Public funding for reproductive health programmes for African women and girls is woefully inadequate despite the fact that everybody knows this is the most effective tool to stop FGM. Access to contraception, prevention of sexually transmitted diseases and nutrition are all factors that are invaluable in our fight. In Senegal, my country, 60 percent of women do not have access to such health care. We also know from data gathered that 20 percent of women in Senegal continue to undergo FGM. Yet at the same time, grass root groups that work tirelessly in villages to educate women on the issues of FGM have reported success through education.

When women and men learn of the medical risks of the operation as well as the terrible psychological scars left in the victim, they are willing to change their thinking. This proven strategy must be expanded in villages where the population is mostly illiterate and need to have access to education. The best way to go about this is through non-governmental workers who are supported by the government. The work is not easy and must be viewed on a long-term basis and must be accompanied with proper funding for salaries and programmes.

IPS: How do you fight FGM internationally?

KK: FGM can be linked to poverty, which is an international issue. In Africa, rural women in particular, are disadvantaged because of poverty. It is common to find that girls drop out of school before the age of ten years because they have to help their parents in the farms or at home. As a result, they are poorly educated and most cannot read or write. Moreover, they are forced by their family to get married when they attain puberty, so by the age of 13 or 14 years, these young girls marry much older men and start families. Husbands are their source of economic stability.

Malnutrition is also a huge problem among women and a global issue. Then, there is of course violence against women. Domestic violence is common is both rich and poor counties. By connecting FGM as a form of abuse against women I show the importance of women fighting together to stop this practice.

IPS: What makes you particularly sought after in the anti-FGM movement

KK: In many ways, I have experienced the issues of FGM in Africa. When I was seven years old, an elderly woman mutilated me in my village. I was married when I was 13 years old to a much older man who abused me. I lived in France with him and had five children. He did not give me money and left me struggling to look after the family. I also still suffer from pain as a result of FGM.

My experiences are similar to African victims and they can empathise with me, an important position in activism. Like many others, I was awakened to the anti- FGM movement in France. I realised the practice does not respect the rights of women and know that we can stop it. This stance has shown my counterparts in Africa that we have international support to eradicate FGM.