RIO DE JANEIRO, Dec 30 2010 (IPS) - Farming around the globe, already reeling from drought, heat waves and major storms, will have to prepare for the new challenges that global warming will bring, especially in the form of pests and disease. 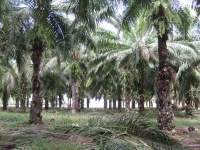 In Brazil, the Climapest project has brought together 134 researchers from 37 institutions to evaluate the potential effects of climate change on crop health, and to guide policies and provide options so that this South American and global agricultural leader can adapt.

The changes in climate “will not necessarily aggravate the crop diseases” in all cases, because warmer temperatures or increased carbon gases could impede the proliferation of certain microorganisms, but it is important to be ready for future scenarios because “generating solutions takes time,” explained Raquel Ghini, project leader.

The small problems of today could turn into huge crop losses under future conditions, said the agronomist and plant pathologist, who works at the Environment Centre under the federal government’s agricultural research agency, EMBRAPA.

Funguses, viruses and other agents that are harmful to agriculture are among the organisms that react fastest to changes in the climate, because of their short life cycles and their ability to reproduce quickly.

Climapest began in January 2009 and has a four-year mandate to study 85 problems of plant health affecting 16 crops, including major exports like coffee, soybeans and fruit (banana, apple and grape), as well as African palm and castor oils, both of which are gaining ground as raw material for biodiesel.

Some of the aspects to be studied are the effects of increased carbon dioxide in the atmosphere, as well as warmer temperatures, and ultraviolet B rays on diseases, pests and invasive species.

Predicting the future seasonal and geographical distribution of these enemies to farm productivity is another goal of the research.

For example, there will be fewer banana-growing areas in Brazil suffering the disease that cuts into yields — especially in the most pessimistic forecasts for greenhouse gas increases — said Ghini. That is because with less humidity, the black sigatoka (Mycosphaerella fijiensis) fungus would be less able to spread, she explained.

Meanwhile, the nematode Meloidogyne incognita (a type of roundworm) and another pest known as the leaf miner (Leucoptera coffeella) will likely become even more harmful to coffee, because rising temperatures will quicken their reproductive cycle, making their infestations more intense.

The project is drawing up maps that indicate the geographic evolution of the enemies of each crop, according to the best and worst climate scenarios laid out for 2020, 2050 and 2080, based on the five global models of the Intergovernmental Panel on Climate Change (IPCC).

By late 2012, Climapest hopes to have ready a series of maps and collated data on the plant health risks, in order to guide decision-making strategies in the different sectors, said Emília Hamada, second in charge of the project.

These materials are also important for “directing complementary research efforts” and for genetic improvement of the crops aimed at improving resistance to the worst pests and diseases, said Hamada, an environmental researcher at EMBRAPA.

Investigating “one by one” the main health problems of each crop, and their evolution according to climate hypotheses is a complicated endeavour. In general, warmer temperatures favour the pests, but “there could be exceptions if the temperature goes past a certain limit,” Hamada told Tierramérica.

In the case of the leafworm (Alabama argillacea), a caterpillar that attacks cotton, researchers are still studying how it might react to global warming, particularly whether or not it would speed up its reproductive cycle, she said.

The response to the changes in the pests, diseases and invasive species will initially involve agro-chemicals, because they are what is immediately available, but for the long term biological methods should be developed, in keeping with the “new culture” and environmental trends, acknowledged Ghini.

Sometimes, creative solutions emerge for “alternative controls.” One such example is the use of milk diluted in water to fight the powdery mildew caused by Sphaerotheca fugilinea. It is a “cheaper method than fungicides, with the advantage that it doesn’t generate resistance” in the fungus, she said.

This fungus is vulnerable to the microorganisms found in cow milk, and just a five-percent mix of milk with 95-percent water is enough to prevent the disease, which whitens the leaves of grapevines, of leguminous crops and various vegetables, weakening the plants by reducing their ability to photosynthesise, Ghini explained.

Powdery mildew is “the disease of climate change”: it spreads with the increase in temperature and less moisture on the leaves. But the milk mixture antidote is inexpensive and easily accessible, leading many countries to implement it. Furthermore, because there is no patent on this method, anyone is free to use it.

The climate question has become a priority for EMBRAPA, a system of 42 research centres throughout Brazil, which in its 37-year history has had a strong impact on the production of this agricultural giant, opening frontiers for crops once considered impossible to grow in a tropical climate, like soybeans.

But what also needs research is the role of agro-chemicals in the proliferation and dissemination of pests and disease, as funguses and other microorganisms develop resistance to the chemical toxins, said Jean Marc von der Weid, coordinator of the non-governmental organisation AS-PTA, which provides technical consulting for alternative agricultural projects.

The effects of a warmer climate are occurring in “an environment that already has imbalances caused by agro-toxins,” which feeds back into plant health problems, which are then treated “with more agro-toxins,” said the economist and agro-ecology activist.

A biological pest control developed by EMBRAPA, although welcome, “has the vice of turning into a ‘clean agro-toxin’,” by introducing new microorganisms into the environment, Von der Weid told Tierramérica. “The best prevention is to maintain the natural balance, which reduces risk and damages,” he concluded.