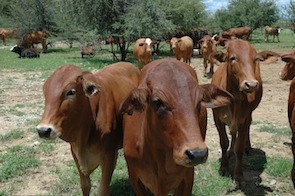 The Economic Partnership Agreements (EPAs) are contested because countries fear unfair competition from the EU market.

After almost a decade of negotiations on EPAs between ACP countries and the EU, Brussels has finally set an ultimatum for the talks: a total of 18 out of 36 countries that have not yet concluded or implemented an EPA now have till Jan. 1, 2014 to do so.

While the announcement is not entirely surprising, it is the first time the EU – so far careful not to be seen bullying countries into a grade deal – has put a clear deadline to the talks.

“This move from the EU was anticipated for a long time,” Namibian independent trade expert Wallie Roux told IPS. Namibia has been notably reluctant to sign an EPA, in the process casting the former colonial masters in Africa into an unfavourable light.

“The EU eventually played their last ace in a desperate attempt to conclude their ill-constructed EPA negotiations within a certain timeframe,” said Roux.

The decision comes at a time when upper-middle income countries Botswana and Namibia face the loss of duty free access to the EU under a proposal that sees them removed from the EU’s Generalised System of Preferences (GSP).

“This could be a pincer movement to lock in those ACP countries that are still unsure about their future trade arrangements with the EU, or ringleaders like Namibia that dared to challenge the EU,” added Roux. “It is also interesting to note that the deadlines for both proposals coincide.”

The European Commission (EC) proposal that countries sign the EPAs within two years, to be sanctioned by the EU council, was made on Sep. 30 and quietly put out before the weekend. Officially the commission is limiting the lifespan of Market Access Regulation 1528/2007, which granted the parties an extension to preferential access after a Dec. 31, 2007 deadline saw most EPAs unconcluded.

The proposal means that countries that do not sign up face consequences varying from reverting to the EU’s GSP to losing all duty free and quota free access to the high-yield EU market, depending on the wealth of the ACP member.

The EPAs were necessitated by a World Trade Organization (WTO) decree that preferential trade agreements between countries must be reciprocal. In order to get tariff breaks from the EU, ACP countries would have to open their markets as well, although not to the same extent. The EPAs have been unpopular. African countries in particular feel they expose their markets to unfair competition and limit their economic policy-making space.

“The Regulation was a bridging solution for the countries that had negotiated Economic Partnership Agreements but not yet signed and ratified,” the EC said in a press release on Friday.

“Four years of application has provided enough breathing space for ratification or further negotiation. It is therefore time to bring the process to a close, by amending the Regulation and concluding Economic Partnership Agreement negotiations,” the EU said.

Burundi, the Comoros, Haiti, Lesotho, Mozambique, Rwanda, Tanzania, Uganda and Zambia are Least Developed Countries and will be the only countries around the world that can benefit from duty- and quota-free access to the EU under the Everything But Arms scheme if they do not sign up to an EPA.

“Seven are low-income or lower middle income countries (Cameroon, Fiji, Ghana, Ivory Coast, Kenya, Swaziland, Zimbabwe) that could benefit from the Generalised System of Preferences regime, a less advantageous, but still generous, unilateral scheme in place for all developing countries.”

In a commentary released on Friday, Isabelle Ramdoo and San Bilal of the European Centre for Development Policy Management note that while the deadline might seem reasonable at face value, many countries still seek clarity on contentious provisions in the proposed trade deal. Also many countries are in the midst of regional economic integration processes and are not ready to sign preferential agreements with third parties.

“Like in 2007, expect a bumpy ride in the coming months: some countries might be pressured to sign, ratify and implement the EPA that might not fulfil their ambitions and interests in terms of content, timing and geographical configuration by fear of market disruption, in particular if they risk losing preferential access to the EU,” said Ramdoo and Bilal. “Others might simply walk out. If no common position can be found at the regional level, the EPAs could seriously disrupt any regional integration effort.”

“The EPAs are too substantial to implement entirely before 2014. I expect the Europeans to at least want the EPAs ratified by the parliaments of the ACP countries in order to be WTO compatible, but the SADC-EPA is being completely renegotiated.

“The position of South Africa, that did not sign an interim EPA, is also instrumental in this. What if the South Africans say: ‘We don’t want to negotiate an EPA in 18 months’? This would mean a split in the configuration. Countries like Namibia would have to decide to continue siding with South Africa and lose market access or to join Botswana, Lesotho and Swaziland, which have signed on to the agreement,” Kruger said.

“There is still time to conclude the negotiations. However, this would require real effort, especially from the side of the EU. That is if they are serious about resolving the contentious issues, around development and regional integration, all of which are questionable at this stage,” said Roux.

In doing so the EU could encounter some newfound resolve from the ACP states.

“I see this as a last gasp to restore the EU’s dwindling leverage in the ACP, especially in Africa,” said Roux

On the other hand the alternative to EU markets, through South-South trade, might be overestimated currently, argued Kruger.

“There is potential in the emerging markets, but there are no trade agreements in place. No African country is even negotiating a trade agreement with China.

“Countries like Namibia have realised that breaking into emerging markets with their grapes or beef is not easy because of the competition… The EU is still the major trade partner for countries in Southern Africa and countries have too many vested interests in the Duty Free and Quota Free Access into the EU to just walk out of the negotiations now.”