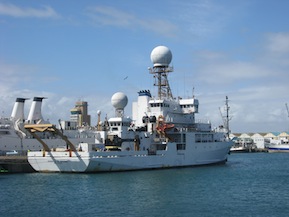 No less than 400 programmes focusing on regional integration were conducted in the Southern African Development Community (SADC) alone, with a combined value of eight billion dollars. A number of infrastructure projects were completed and several protocols signed. The SADC Free Trade Area (FTA) has liberalised 85 percent of its internal tariffs and intra-SADC trade doubled between 2000 and 2010.

These figures were presented on Friday at the annual conference of the Trade Law Centre of Southern Africa (Tralac), a high profile meeting of trade experts from Africa and beyond in Cape Town.

But challenges remain in the political bloc, which from a trade perspective is characterised by lengthy negotiations and complicated trade rules. “There remain a number of countries such as Angola, the Democratic Republic of Congo, Madagascar and the Seychelles that are not participating for a variety of reasons,” said Petros Shayanowako, a researcher at the Trades Centre in Zimbabwe.

“And then there are countries like Malawi, Tanzani and Zimbabwe that have sought derogation of the FTA mainly to protect their agricultural markets,” said Shayanowako. Derogation means that states delay the implementation of a trade agreement until they are ready.

Within SADC the Southern African Customs Union (SACU), consisting of South Africa, Botswana, Lesotho, Namibia and Swaziland, is a relatively developed and prosperous nucleus of mostly upper middle-income countries. But even the oldest customs union in the world struggles with some fundamental problems, say researchers.

The development of regional industrial policies has eluded the customs union. This is at a time when the customs union faces several critical negotiations. It is in negotiations with the European Union (EU) over a set of problematic Economic Partnership Agreements (EPAs) while continuing to develop an existing agreement with the European Free Trade Association (EFTA) comprising Liechtenstein, Iceland, Norway and Switzerland.

At home SACU is supposed to be the driver behind the envisaged SADC customs union and the Tripartite Free Trade Area (TFTA), which connect the FTAs of SADC, the Common Market for East and Southern Africa (COMESA) and the East African Community (EAC). The TFTA, the first phase of which should be launched in three years time, will span 27 countries and close to 600 million consumers.

But little is coming out of SACU these days, with major decision-maker South Africa putting the brakes on the development of regional industrial policies. “Without the active support of member states, the SACU Secretariat in Windhoek, Namibia is powerless. It is no more than a post office box,” said one agricultural trade expert.

“In order to achieve sustainable, equitable and balanced growth, SACU has to fast-track its regional industrial policy, trade facilitation, review of its revenue sharing formula, the establishment of common institutions and building a framework for unified trade negotiations with third party,” Selelo analysed.

But that is just part of the solution to building a stronger SACU that in turn can truly function as the cornerstone of a common market in SADC – however unlikely that prospect is at the moment – or the TFTA.

“SACU must also seriously consider the inclusion of a deeper integration agenda into the work programme it has set itself,” says Selelo.

Furthermore, it should develop a clear guideline on the accession of new members. Because of its relative wealth, a number of peripheral states are keen to join the customs union, not necessarily attributing to its stability. This problem will become more acute as markets between SACU and the rest of SADC and the continent are freed up.

Most important is that SACU starts to develop within itself instead of economic powerhouse South Africa using the other members to legitimate the concept of an external tariff to the rest of the world and propping up their budgets in return.

“SACU now has to identify and build cross-border value chains,” Selelo said. “Secondly, it needs to focus more on new generation issues like services. These are not prioritised at the moment, but trade partners globally want to engage on this.

“Looking at the wider region, SADC will need to make haste with its planned infrastructure development, opening countries up for increased trade,” he said.

“There is also an urgent need for monitoring and compliance mechanisms including those relating to non-tariff barriers,” Selelo said. “And SADC needs to expedite the implementation of its finance and investment protocol to improve investment inflows into and across the region.”