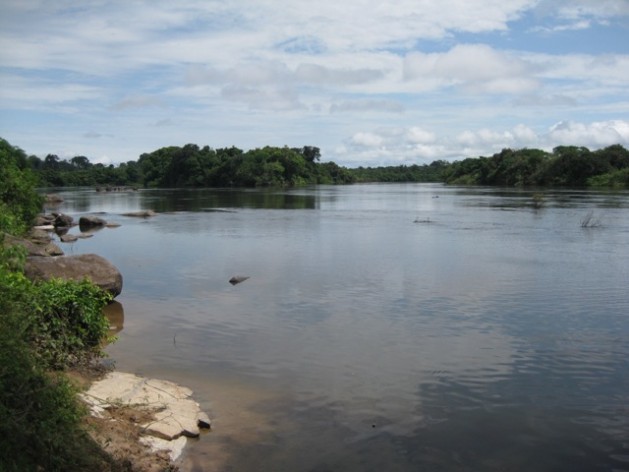 SÃO PAULO, May 22 2012 (IPS) - Those who made the final decision on the design of Brazil’s Belo Monte hydroelectric dam will face legal action in the future for the damages caused. This is the kind of warning one would expect from environmentalists, but in this case it comes from a surprising quarter: staunch supporters of hydropower.

Belo Monte is “a bad project, which does not respond to either environmental demands or energy demands,” physicist and energy and environment expert José Goldemberg told Tierramérica, to explain the growing opposition of technical specialists and companies in the electricity sector against the government’s support for so-called “run-of-the-river” dams like the one planned at Belo Monte.

These dams harness the natural flow of the river to drive the turbines, so they do not require large reservoirs, and as a result, less land needs to be flooded – which means less of an impact on the environment and surrounding communities. However, it also means that during dry spells, they do not have the water reserves needed to continue generating electricity at a reasonable capacity.

“We are increasing the installed generating capacity, but water storage capacity has not grown since the 1980s,” which is a cause for concern, said Nelson Hubner, general director of the Brazilian Electricity Regulatory Agency.

The “stored energy” represented by the country’s reservoirs has not kept up with demand, which will make it impossible to maintain the necessary supply of hydroelectricity during a drought year, warned Hubner at the Second Hydropower Summit Latin America, held May 9-10 in São Paulo.

The summit, organised by Business News Americas (BNamericas), a business and economy news service based in Santiago, Chile, brought together dozens of executives from both public and private companies in the sector. Many were highly critical of the model chosen for the country’s new hydroelectric power plants, which they believe will result in greater energy insecurity in Brazil.

“Future generations will demand compensation for the fact that biodiversity was decreased and reservoirs were not created” in current hydropower projects, predicted Jose Marques Filho, assistant director of environment and corporate citizenship at Companhia Paranaense de Energia, a power company run by the government of the southern Brazilian state of Paraná.

By renouncing the use of this “long-life battery”, as another summit participant described reservoirs, Brazil will need to build more fossil fuel-powered thermoelectric plants, which are more polluting but “are not under attack from environmentalists,” complained the hydroelectric dam constructors and their supporters.

Construction began in 2011 on the Belo Monte hydroelectric dam on the Xingú River in Brazil’s Amazon basin. A total of 516 sq km of land will be flooded for the project, but this is only 42 percent of the area that would have been flooded for the reservoir planned in the original version of the project, drawn up in the 1980s.

However, because of this smaller reservoir, the plant will only reach its total generation capacity of 11,233 megawatts during the brief rainy season when the river is swollen to its highest level. During dry spells, output will decrease significantly, since the flow of the Xingú can drop from 30,000 cubic metres a second in March and April to less than 500 cubic meters in a dry month like October.

“We have to get used to hydroelectric dams without large reservoirs because the environment demands it,” said Mauricio Tolmasquim, president of the Energy Research Corporation, which provides advisory services to the Ministry of Mines and Energy. The Amazon region, where most of Brazil’s hydropower potential is concentrated, is primarily flat, which means there are few sites where water can be accumulated and stored without flooding large areas of forest, he explained.

Belo Monte, located at the end of a canyon, is one of these sites. A large reservoir there would flood two indigenous territories which are home to over 200 people. “That was a determining factor” for modifying its design and adopting run-of-the-river technology, Tolmasquim told Tierramérica.

This decision, however, did not spare Belo Monte from becoming the target of the most widespread opposition ever against an energy project in Brazil, with environmentalists, civil society activists, indigenous communities and even local soap opera stars and international celebrities joining forces to denounce its environmental and social impacts.

Tapping the rivers of the Amazon basin for energy production should begin “with smaller hydroelectric dams, with an output of around 500 megawatts,” said Goldemberg, a University of São Paulo professor who has headed a number of state-owned energy companies and was the national secretary of environment when the city of Rio de Janeiro hosted the Earth Summit in 1992.

He believes that the government “lost a great opportunity” for making better decisions by not listening to the World Wildlife Fund (WWF), an organisation of “more sophisticated” environmentalists that recommended installing hydroelectric dams on rivers better suited to the purpose than the Xingú.

The conflicts that sometimes halt the construction of hydropower plants in Brazil pit a small local population of perhaps a few thousand people against a million people who will benefit from the electricity produced, but are far away and geographically scattered, commented Goldemberg.

What are needed are “good projects” that are transparent and attend to the potential social and environmental impacts. In addition, it is up to the government to “mediate and explain” to settle these conflicts, given the disproportionate ratio of opponents to beneficiaries of roughly “one per one hundred,” he said.

There are much more complex situations in Asia, where enormous numbers of people are affected because of the population density of countries like India, he added. Goldemberg learned a good deal about numerous cases like these as a member of the World Commission on Dams, which produced a report in 2000 detailing the damages caused by these projects and the requirements for their construction.

For those in the hydroelectric dam construction industry, the issue of the environment has become an obstacle to the expansion of hydropower in Brazil.

In the meantime, the wind power industry has experienced a significant boost, largely because their competitors in the hydropower sector have been unable to obtain permits from the environmental authorities for years, he observed.

According to Marques Filho of the Companhia Paranaense de Energia, overcoming this impasse will require a “social pact”, based on “a dialogue among all the stakeholders” that cannot be limited to environmentalists on one side and hydroelectric dam constructors on the other.