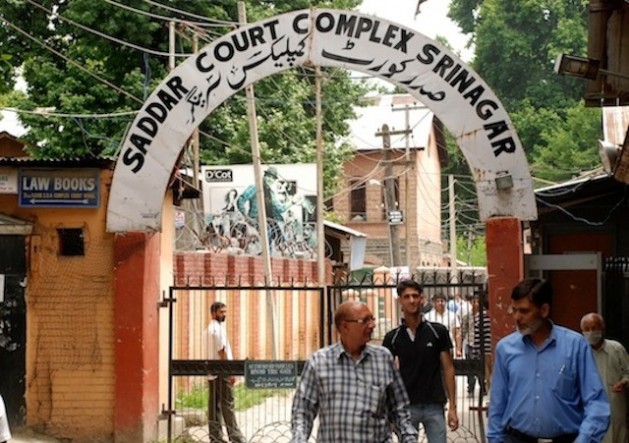 SRINAGAR, Jun 5 2012 (IPS) - Four years after three middle-aged men were murdered in cold blood in central Kashmir, their case lies forgotten, collecting dust in the court’s record room, while culprits roam free. Meanwhile, a young woman named Afroza recently lost a two-year battle to get her rapist punished, when her neighbour gave false evidence in court, thus facilitating the acquittal of the accused.

Kashmir’s courts are bulging with unfinished cases, unsolved murders and unpunished injustices. Scores of criminals walk the streets, as cases of murder, rape, fraud, drug peddling, bribery and corruption either stagnate or result in favourable outcomes for the accused. Lawyers here estimate that only three percent of criminal cases end in justice.

Legal experts blame uncooperative and ‘hostile’ witnesses for the prevailing weakness of the criminal justice system in Kashmir.

Hostile witnesses are those involved in criminal cases who either fail to testify, backtrack on their original statements or give adverse testimony to the calling party during direct examination. False testimony and hostile witnesses play a major role in exonerating the accused.

Lawyers here say over 90 percent of those accused in criminal cases are acquitted due to hostile witnesses.

A court’s decision in criminal cases is largely based on a witness’s account of events, senior legal advocate Mushtaq Ahmad told IPS.

“If the witness is cooperative and speaks the truth without changing his stand, no one can deny justice,” he remarked.

But the increasing presence of hostile witnesses is becoming a major problem in the criminal justice system. Mushtaq added that, often, even judges are aware of who the culprit is, but a lack of concrete evidence and reliable witnesses forces the court to grant acquittals.

Advocate Sultan noted that the climate of fear in the Kashmir Valley, which has prevailed throughout decades of conflict, extrajudicial killings, disappearances and arrests, also discourages witnesses from coming forward to speak the truth.

Whenever a crime takes place, victims are expected to file a first information report, following which police are tasked with the responsibility of investigating the case, including recording the witness’s statement.

But Sultan said police often write statements based on their own interpretation of events and then force witnesses to sign. When police officers’ version of the story clashes with eyewitness testimony in court the case is dismissed.

To overcome this problem, which is known to have ruined many criminal cases, amendment 164 A was introduced to the Jammu and Kashmir Criminal Act. It stated that witnesses’ statements in cases involving a sentence of seven or more years in jail must be recorded in the presence of the nearest magistrate; for offences involving less than seven-year punishments, statements are recorded by the police only.

Slow judicial processes and security issues also discourage witnesses from presenting honest testimony. In many cases it takes weeks, even years for witnesses to get their statements recorded or heard before the court.

Mohammad Amin, for instance, has been waiting for three years to get his statement on the death of his relative recorded.

“It is a case of abetment of suicide in which Amin is one of the key witnesses. But his statement has not been recorded,” legal advocate Ashraf told IPS.

He believes the courts’ hostile environment plays a role in discouraging witnesses from accurately reporting on crimes – most of the time witnesses are made to wait hours before the court hears their statements. No security is provided to those who testify on heinous crimes, meaning witnesses give evidence at great personal risk.

“We have often found that criminal cases involving ministers or bureaucrats do not see justice because no one dares to give a statement against any influential person. If the state starts providing security to such witnesses, things would change for sure,” Sultan said.

Besides hostile witnesses, Kashmir’s faulty investigation process is known to have weakened the justice system.

“Investigation machinery (investigation officers and police) is growing more and more inefficient by the day, gradually becoming incapable of conducting proper criminal inquiries. Investigation teams do not follow rules and are not well-trained,” Sultan told IPS.