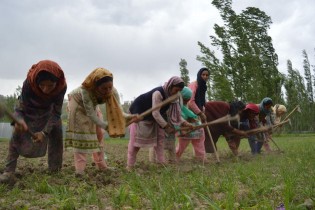 By Athar Parvaiz
The girl band in Kashmir was silenced; the male bands are running into fears of another kind of silence.

By Athar Parvaiz
“Give us his body; we want to give him a respectable burial…” this is the overwhelming demand across Kashmir following the hanging of Mohammad Afzal Guru who was convicted for his role in the attack on the Indian parliament on Dec. 13.  2001. Nine people died in the attack.

By Sana Altaf
Seventeen-year-old Afzal is an unusual orphan. Though his father died many years ago, his mother is still alive and living with Afzal’s grandparents and younger siblings in a house not far from the orphanage where the boy has spent most of his teenage years.
Next Page »
ADVERTISEMENT ADVERTISEMENT